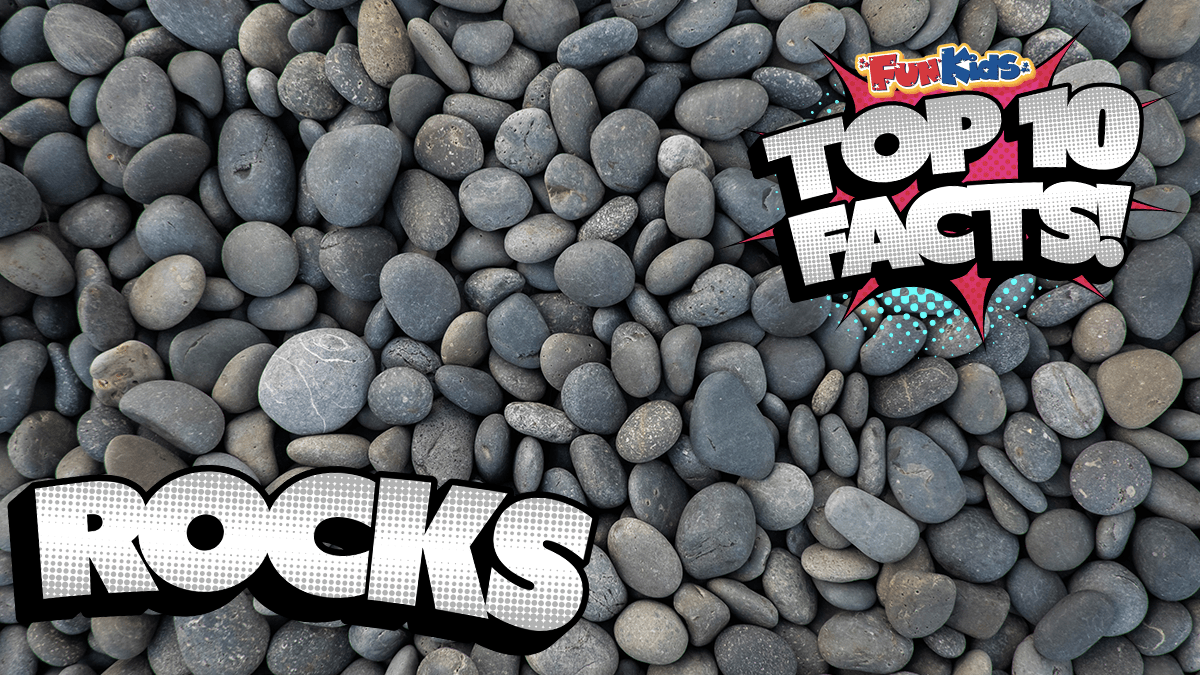 1. There are three different types of rock.

There isn’t only one type of rock you know!

There are three different types.

They are Igneous, Sedimentary and Metamorphic.

2. Rocks are made of minerals.

Each rock has varying minerals which is why there are so many different ones.

Some of the most well known minerals are calcite, quartz, olivine and mica.

Minerals are made naturally in the Earth and are made from chemicals.

Click here to learn more about rocks with Geology Rocks

Molten magma is the very hot stuff you find in volcanos!

The magma turns to rock when it cools.

There are two different types of igneous rock, depending on if the magma has cooled on the Earth’s surface or beneath.

Slate and pumice are types of igneous rock!

It is formed of layers from things such as sand, mud and small stones.

Over the years, the bottom layers are compacted with new layers joining on top.

Types of sedimentary rock are chalk, sandstone, shale and limestone.

5. Metamorphic rock has been put under a lot of pressure and heat.

Metamorphic rock are from rocks that have been put under a lot of pressure and heat.

The pressure and heat can be made by the Earth’s movements. After all, it is moving all the time!

Two examples of metamorphic rock are slate and marble.

6. Geology is the study of the rocks.

Geology is the study of rocks and Geologists are the people who study them!

They study what minerals each rock contains and also study the history of the Earth.

Sometimes rocks from space land on Earth, however most of the time they land in the sea.

These rocks are called meteorites.

If you’ve ever seen a shooting star, it’s actually a bit of space rock entering the atmosphere!

8. You can find silver and gold in ores.

Some rocks are called ores.

Ores are rocks that have metals like gold and silver on them.

9. Rocks have been used for millions of years.

Humans used them millions of years ago to build tools and weapons.

Now we use them to build things like houses, cars and even planes!

10. You use rocks and minerals at home.

Did you know that rocks are found in some of the things we use at home?

Such as soap, toothpaste, make up and batteries!

Click here to learn more about rocks with Geology Rocks