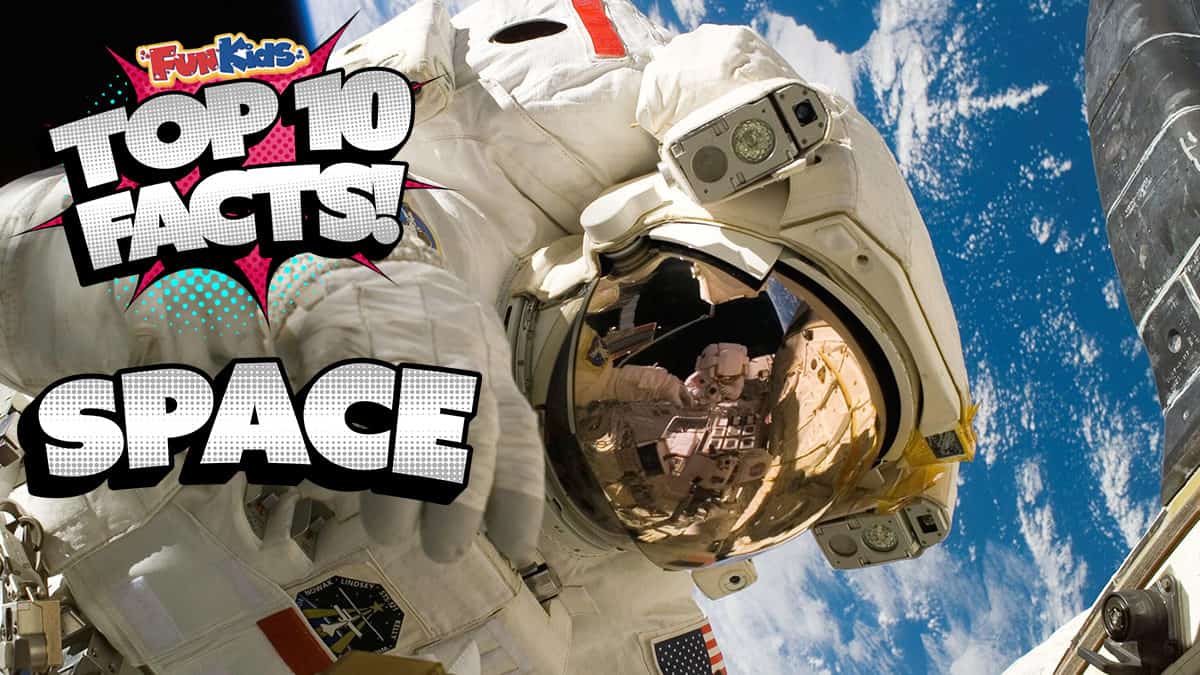 1. The first person on the moon was Neil Armstrong.

The first ever man to step foot on the moon was Neil Armstrong.

It was during the Apollo 11 mission where they were going to attempt to land two men on the moon.

Alongside Neil Armstrong was Buzz Aldrin. They first stepped on the moon on 20th July, 1969.

Neil Armstrong said the famous words “That’s one small step for man, one giant leap for mankind” as he step foot on the moon.

Find out about the jobs in space!

2. The first person in space was Yuri Gagarin.

It must have been very scary to be the first person in space, ever!

The first person to go to space was a man called Yuri Gagarin. He was from Russia.

Yuri circled the Earth for 108 minutes!

Have you ever seen a rocket take off to go into space?

It has to go REALLY fast!

The rocket will travel 17,600 miles per hour to enable it to orbit around the Earth.

However if you wanted to go even further into space, out of Earth’s gravity, then you would need to travel even faster.

The Sun is huge!

In fact, it’s so big you could fit 1.3 million planet Earths inside it!

Luckily space suits are very well insulated to keep the astronauts warm in the cold conditions.

They absorb body heat and then when the body needs warmth, it will release heat. Clever!

6. The Moon reflects light from the Sun.

During the night, the Moon looks really bright!

The light isn’t actually coming from the moon.

The moon reflects the light from the Sun which is why we can see it so clearly.

7. In our solar system there are 8 planets.

In total there are 8 planets. Find out about The Solar System here.

Pluto used to be a planet but it got demoted in 2006 and is now known as a dwarf planet.

Watch this video from Deep Space High to find out more!

8. The longest time an astronaut has spent in space is 437 days!

The longest time spent in space is a whole 437 days.

That’s more than a year!

Valery Polyakov holds the record and was up in space from January 1994 until March 1995.

He orbited the Earth 7,000 times and spent his days doing experiments and scientific research.

Find out about the science jobs in space!

9. It is completely silent in space.

Did you know that it is completely silent in space?

There is no way for sound to travel.

Luckily, astronauts can speak using their radios as the radio waves are still able to travel. Phew!

That would be a long few months if they couldn’t speak!

A star is made up of very hot gases. They are mainly made of hydrogen.

The middle of a star is very, very hot and it gets squeezed by the pressure.

This pressure then makes the hydrogen turn into helium. It makes the star shine really bright.

Did you know the Sun is a star?

It’s just the closest one to Earth which is why it is so big and hot!

Find out what space is made of here!