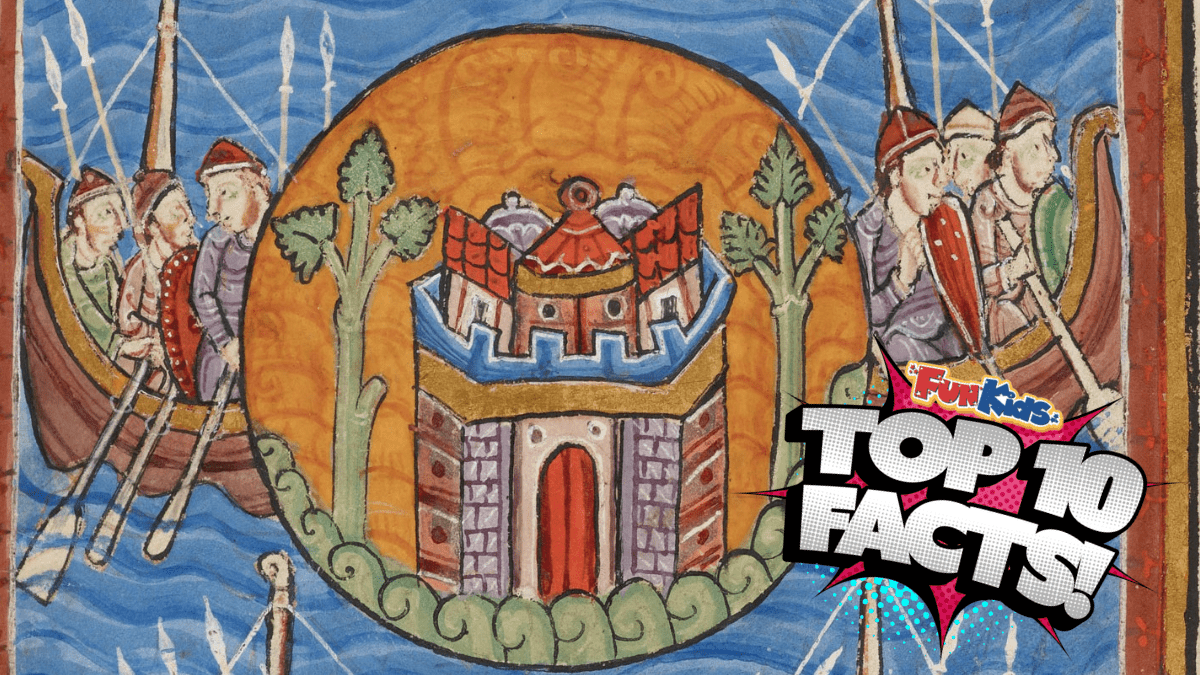 1. The Anglo-Saxons settled in Britain around 450AD

The Anglo-Saxons first tried to invade Britain in the 4th Century but the Romans stopped them.

Around 450AD The Ancient Romans had left Britain so the Anglo-Saxons came over in wooden boats and took their chance to settle in Britain.

2. The Anglo-Saxons came from Germany, Denmark and the Netherlands

The Anglo-Saxons came over to Britain from Northern Europe by crossing the North Sea in wooden boats.

3. Many of the Anglo-Saxons that came over were farmers

The Anglo-Saxons that crossed the North Sea to come to Britain were often farmers. Historians think that floodwaters where they came from was making farming very difficult so they came over to Britain to search for better farm land.

4. The Anglo-Saxons had a very varied diet

They ate many of the vegetables we eat and grow today including onions, peas, parsnips and cabbage.

Their favourite meats included deer and wild boar which is similar to pork.

They would roast meat over a fire in the middle of their houses.

They also grew wheat which meant they were able to make bread and beer.

5. The Anglo-Saxons lived in wooden huts

The Anglo-Saxons lived in wooden huts with straw roofs.

Inside the hut was one big room. Families would all sleep in this one room as well as eating and spending time together.

The biggest house in the village is where the chief lived and was big enough for him and his warriors. Sometimes the hut was so big that ox would sleep in there too.

6. The first Anglo-Saxons were Pagans

When they first came to Britain the Anglo-Saxons were pagans. Pagan Anglo-Saxons worshipped many gods who they believed controlled the weather, crop growing and war.

Over time the Anglo-Saxons became Christians after the Pope sent over a monk called Augustine form Rome to convince them to become christians.

7. Many of our Christmas traditions come from the Anglo-Saxons

Many of our festive traditions come from Anglo-Saxon times, even before they became christians.

Christmas coincides with Yuletide which they celebrated around 25th of December. At that time, under the old Julian calendar, 25th December was the winter solstice (today it is 20th or 21st December ).

Eating a Yule log, hanging up stockings and decorating houses with holly are all things we do because of Anglo-Saxon Pagan traditions.

8. The days of the week we use come from Anglo-Saxon times

9. Norwich and Birmingham are named after Anglo-Saxon settlements

The Anglo-Saxons were very superstitious. They believed in magic spells and even dragons.

They thought that potions, stones and jewels would protect them from evil spirits and sickness.

Find out about The Vikings in the video below and read our Top 10 Facts about Vikings here!