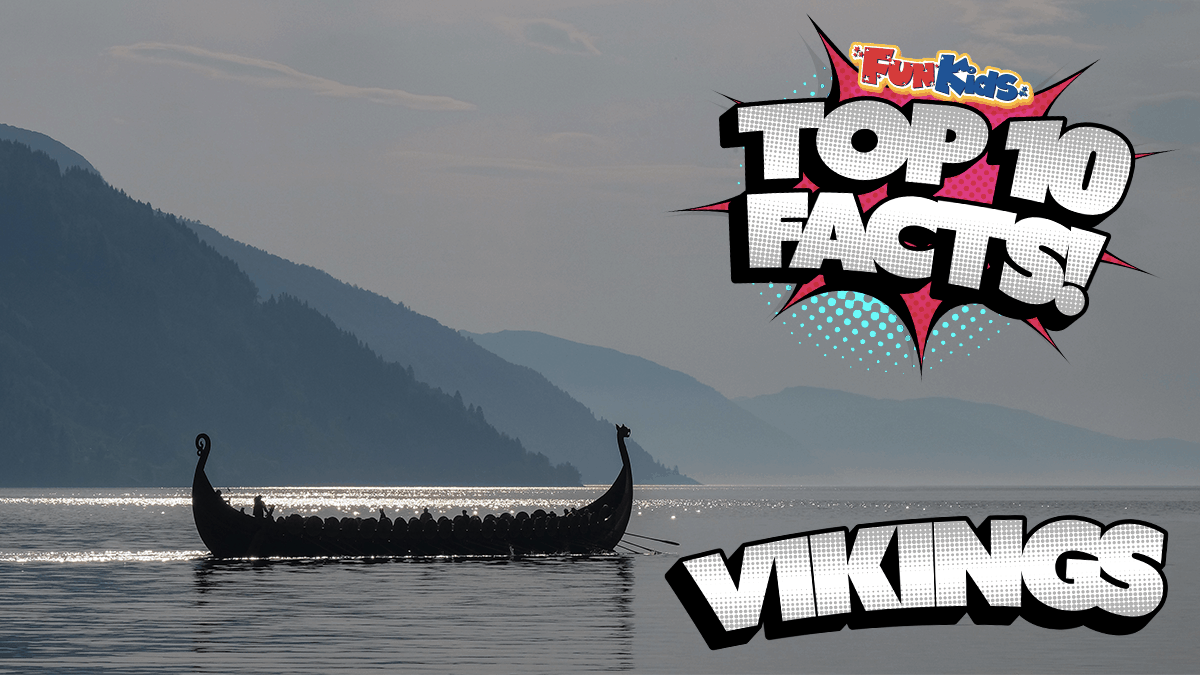 The Vikings came from Scandinavia, which is where Sweden, Norway and Denmark are.

They sent their armies on longboats to other countries, including Britain and Ireland to take over some of the land.

In lots of pictures Vikings are wearing horned helmets, especially when they were in battle.

There is actually no evidence that they wore horns so it’s unlikely they had them on their helmets!

They didn’t call themselves Vikings. This name came later down the line.

The Vikings called themselves Ostmen and were also known as Norsemen, Norse and Danes.

You might not think Vikings cared about their appearance but they did!

They really liked blonde hair and found a way to dye it.

There were no hairdressers back then and so they used soap with something called lye in it which would lighten their hair.

4. Vikings made their own boats and ships.

The Vikings were brilliant at making boats and ships.

Their longboats could fit 60 people in at a time which was very impressive in those times.

The main Viking Gods were Odin, Thor and Frey.

It is believed that they liked to worship the Gods in the open air, in natural landmarks.

6. What does Viking mean?

Old Norse was the language that Vikings used.

7. The days of the week are named after Viking Gods.

Yes, some of our days of the week are named after Viking Gods!

Odin, known as Woden, gave us the word Wednesday.

Tuesday and Friday are named after Tyr and Frigg.

Thursday was named after Thor!

One of the main foods in the Viking’s diet was fish.

This is because they lived near the sea!

When it was warm outside they would hang the fish up to dry and eat it at a later date.

Find out more about fish here!

When an important Viking died, they would be given a funeral ceremony like no other.

They would be put on their boat with all of their belongings, including their animals and then would be pushed out to sea.

It would also be on fire!

10. Some of the words we use today come from the Old Norse language.

Some of the words we use come from the Vikings.

Have you ever heard anyone use the word ‘beserk’?

This comes from the terrifying Viking warriors who wore animals skins and howled when they went to battle. They were called ‘beserkers’.

The characters in the How To Train Your Dragon films are all vikings. Click here to see when Bex met the film’s stars