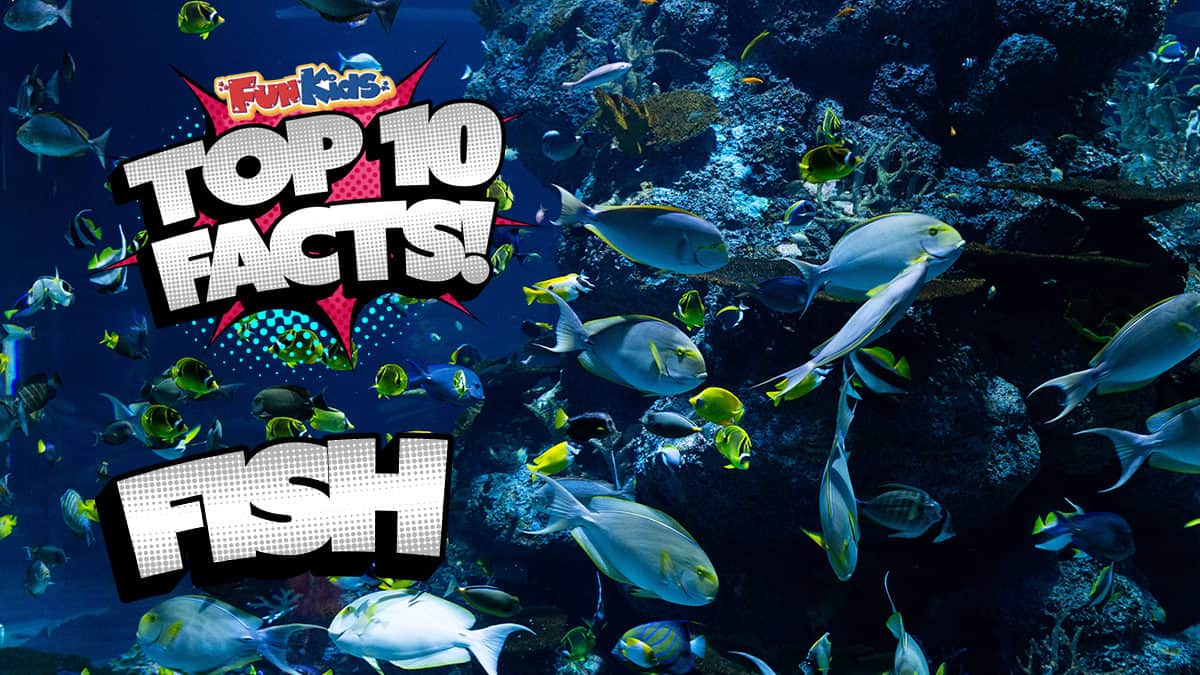 There are lots of fish in the sea and some haven’t even been discovered yet.

Currently there is just over 30,000 species of fish that exist!

That’s a lot of fish and if you see a big group of them together, that’s called a school!

Hear all about a deadly fish on Science Weekly.

2. Fish breathe through their gills.

Fish use their gills for breathing.

They are often found on the side of their bodies.

Their gills have a very important job of extracting oxygen out of the water.

3. Most fish don’t have eyelids.

Imagine swimming in the sea and not being able to blink.

The only fish that can blink is a shark.

Most fish are cold-blooded unlike us who are warm-blooded.

There is an exception though…

Tuna and mackerel sharks have warm blood like us.

Scales are very useful to fish.

They are often slimy which helps them glide through water more easily.

A vertebrate animal is an animal with a spine and bones.

However, you can find invertebrates in the sea too.

For example, a jelly fish and star fish both have no spine.

Some of the fastest ones are sailfish, marlin and tuna.

A sailfish can swim up to 68 miles per hour.

8. Fish talk to each other!

However, studies show that they do communicate!

They communicate through sound, colours and even motions.

9. Fish live in all sorts of waters.

You can find fish in lots of different places.

As long as it has water, of course!

They can be found in the sea, lakes, rivers, streams and ponds.

The biggest fish on the planet is a whale shark.

That’s as heavy as a double decker bus!

Playing: ain't no doubt about it (from zombies 3) by milo manheim, meg donnelly & cast of zombies 3