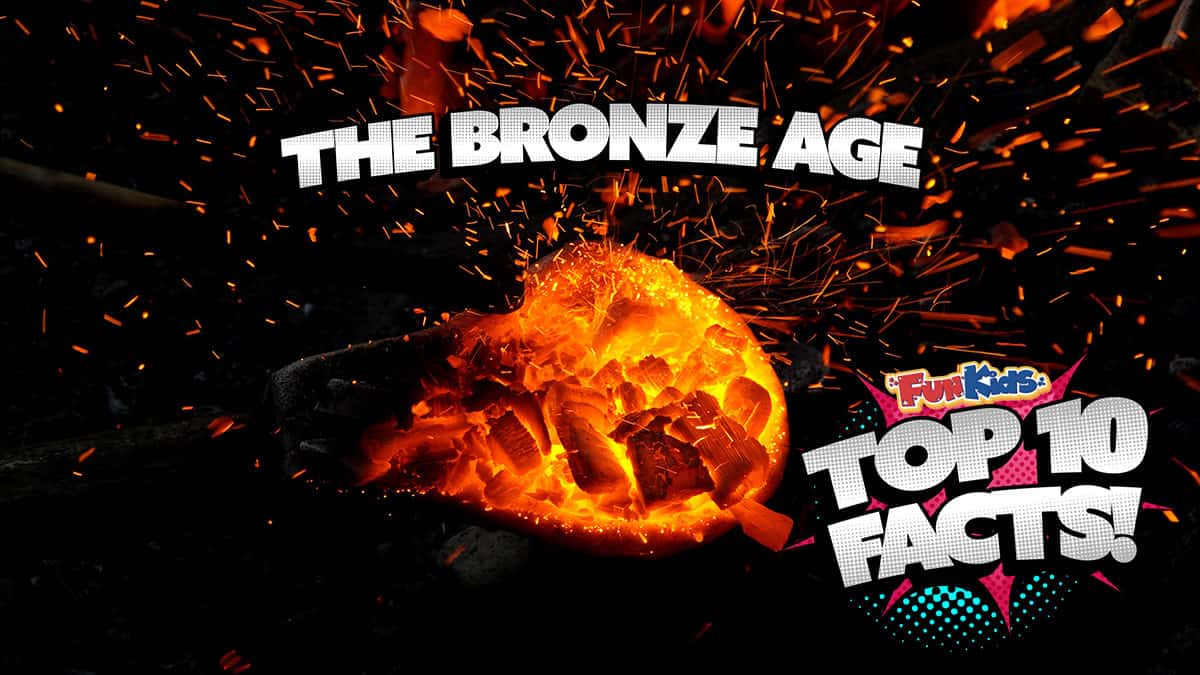 Different societies entered the Bronze Age between these dates but at different times.

Britain entered it between 2100BC until around 650BC.

2. The Bronze Age was in the middle of the Stone Age and the Iron Age.

You have probably heard of the Stone Age and the Iron Age.

The Bronze Age is the age that fell in the middle of these.

People stopped using stone to make tools and weapons and used bronze instead.

This is because bronze is much more durable and stronger than stone was.

Bronze enabled people to invent lots more and have better weapons and tools.

They made clay and sand moulds, poured the liquid bronze into them and left it to cool.

4. Metals were found by people mining for them.

At the start, metals were found from rocks that were on the Earth’s surface.

However as time went on, people started to mine for the metals instead.

Mining is when people dig very deep and can extract metals from under the surface.

Mines have been around for years. Learn all about Victorian mines below.

5. The wheel was invented!

What would we do without wheels?

You have wheels on your bike… on the car.. and even on planes!

The wheel was first invented in the Bronze Age and was used for a pottery wheel.

6. The first forms of writing started.

The first forms of writing started in the Bronze Age.

It is believed they started in Mesopotamia (which is mainly modern Iraq) in the form of writing called cuneiform.

Also, in Egypt they used a form of writing called hieroglyphs.

7. In the Bronze Age people mainly travelled by boat.

In the Bronze Age, people had to travel large distances to exchange goods with each other.

This could range from tin, copper and bronze items that had been made.

Long wooden boats were used to travel these long distances and were brilliant for transporting heavy goods.

Learn all about ships here!

8. Tin and copper were mixed together to make bronze.

To make bronze, you need to mix tin and copper together.

The tin and copper would be melted down and then mixed together to make bronze.

This made for a much stronger material!

Irrigation is when water is supplied to crops or land to help them grow.

This helped farmers as crops were able to grow all year round.

10. People lived in houses that were made of materials like wood and stone.

People in the Bronze Age lived in houses.

They made them from wood and stone.

The wood and stone was held together by something called wattle.

Wattle is wood woven with twigs.