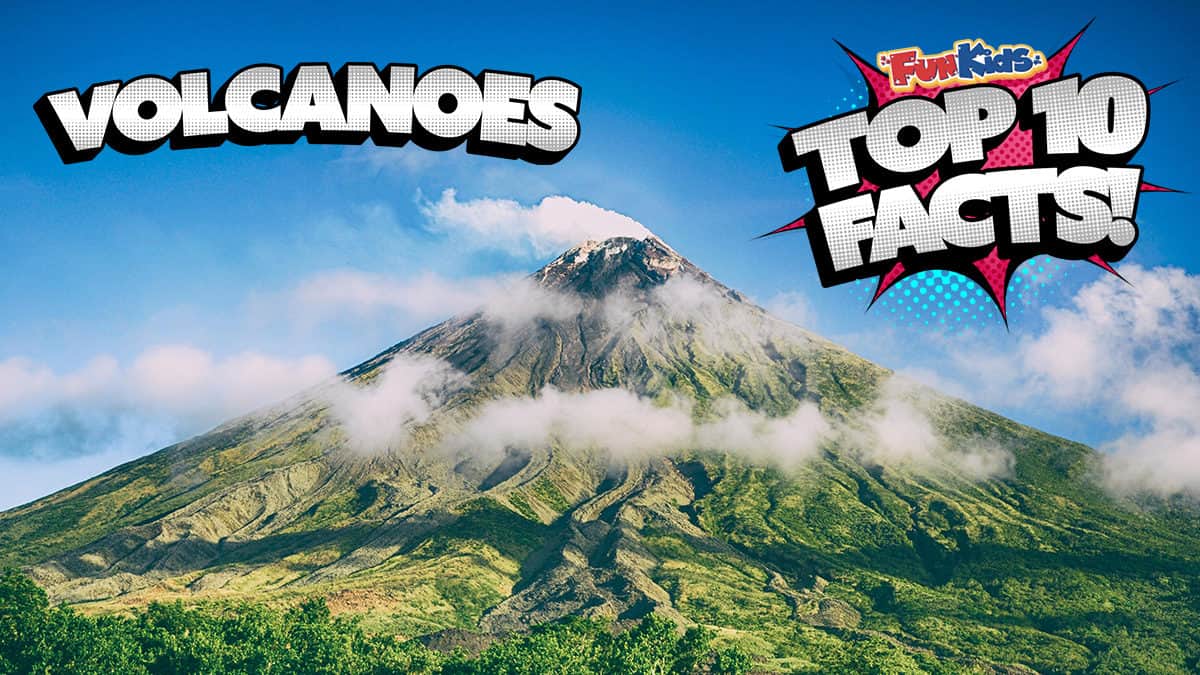 1. Volcanoes are openings of the Earth’s surface.

Volcanoes are openings of the Earth’s surface.

When a volcano erupts lava, ash and gas is expelled from it.

The hole at the top is known as the volcanic crater.

2. The word volcano comes from the word ‘vulcan’.

Have you ever wondered where the word volcano comes from?

It comes from the world ‘vulcan’ who was the Roman God of fire!

3. Volcanoes can be active, dormant or extinct.

An active volcano is one that has erupted within the last 10,000 years or it has some type of activity going on.

This activity could be anything from gases being released or even earthquakes around it.

A dormant volcano is one that hasn’t erupted in the last 10,000 years, however there is a chance it will erupt at some point.

An extinct volcano is one that hasn’t erupted in the last 10,000 years and is unlikely to erupt in the future.

4. The liquid inside the volcano is called magma.

Magma is rock that is so hot, it has turned into a liquid.

It glows bright orange and is held in a chamber within the volcano.

5. Lava is the liquid that is expelled from the volcano.

Once a volcano erupts, the magma will come out of the top of the volcano.

After it has left the volcano, it is called lava.

Once the lava has cooled down it will turn into solid rock.

This makes volcanoes very dangerous and it is why they should be avoided.

Each volcano has a different level of risk which should always be researched before visiting.

7. There are volcanoes on other planets too!

The largest volcano in our solar system isn’t on planet Earth.

The volcano is called Olympus Mons.

There are lots of volcanoes, in fact, there are around 1,500 which are active.

Most volcanoes are found in countries that have coastlines on the Pacific Ocean.

Luckily in the UK we have no active volcanoes.

Find out how to make your own volcano here!

9. The largest volcano on Earth is Mauna Loa in Hawaii.

The largest volcano on Earth is in Hawaii. It’s called the Mauna Loa.

This would make it higher than Mount Everest!

Tectonic plates are like puzzle pieces that cover the Earth.

They are underneath the ground.

The plates always move very slowly but when the plates move suddenly they often cause an earthquake.

Playing: stuck in the friendzone by maro