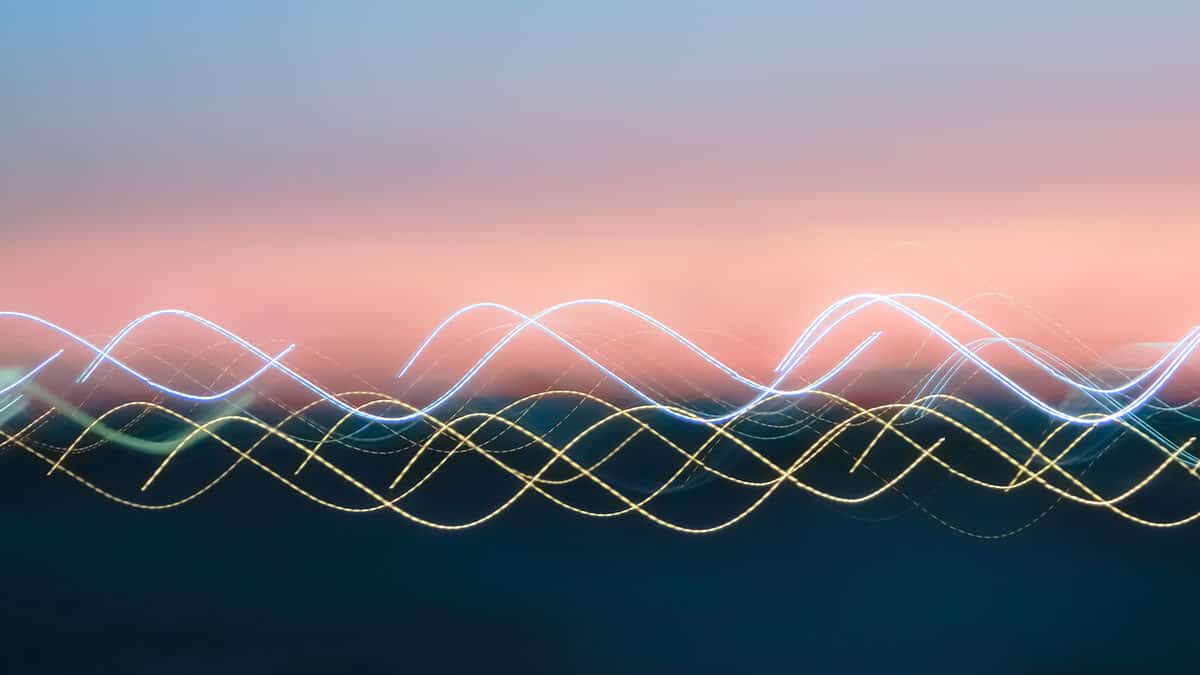 They’re moving through the air around us all the time, even through solid objects and liquids.  It’s helpful to think about how our ears make sense of these sound waves.  Sound waves cause things to vibrate, that means to move in a regular way, like a single guitar note or a drum roll.

Now, whilst some vibrations are small and quiet, others are big and loud.  Our ears contain very sensitive parts, such as the ear drum, which move with these vibrations.  Each pattern of vibrations is turned into electrical signals which are carried to your brain where they’re translated into the sounds we experience.

The changing of wave energy into electrical energy is behind how lots of technology works. For example, your television, headphones, mobile phone, just to name a few.

Your mobile phone contains a small microphone in which there’s something called a diaphragm, which does a similar job to an ear drum. When you talk into your phone, vibrations in the air make the diaphragm vibrate, and these vibrations are changed to electrical impulses. These impulses are then turned into radio waves which are transmitted to other phones, where they are re-converted back into electrical impulses and then into sound waves which our ears interpret as the words.

On your favourite radio station, vibrations from the DJ’s voice and music go into a microphone, and then the same thing happens. Electrical signals are converted to radio waves at the radio station, and back again in your radio making sound waves from the loudspeaker or headphones.

Radar is all about echos.  Powerful radio waves are sent out by the radar in pulses.  When these waves hit an object, they bounce back.  Computers change the returning bounces into electrical signals which can then be mapped to show what objects are out there.  Radar is used a lot to create a picture of what’s going on where it’s difficult for us to see with our eyes, like deep oceans or underground.  Air traffic controllers rely on radar to keep aircraft at a safe distance.

So, as you can see sound waves help us communicate and stay safe!

If you want to learn all about waves, tune in to The Club from 5pm to listen to So You Want to Know About Waves?

So You Want to Know About… Waves? is supported by The Institute of Physics