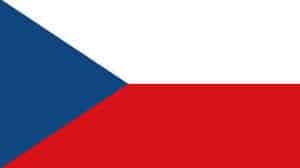 The Czech Republic became an independent state in January 1993 after Czechoslovakia split into its two constituent parts. Before World War II, Czechoslovakia was one of the 10 most industrialised states in the world, and the only central European country to remain a democracy until 1938.

The Czech capital, Prague, is more than 1,000 years old and has a wealth of historic architecture of different styles. Because of this, the city has become a favoured location for many international film makers.

Manufacturing is still a major economic activity, especially the production of automobiles, machine tools, and engineering products. Iron and steel industries are important in Moravia in the east of the country. The chief crops are maize, sugar beet, potatoes, wheat, barley, and rye.

Hills and mountains cover about 95% of the country – ideal for skiing, mountain biking and hill walking. Wild boar and foxes are found in the abundant woodlands.

The Czech Republic produces world-famous beer, including Pilsner.
Wine is produced in the southern regions of Moravia and in part of Bohemia.
A record 900 natural springs have also ensured that the country produces plenty of mineral water.
Traditional dishes include “knedlíky”, a type of dumpling made from potatoes or bread.

Playing: can't stop the feeling (from 'trolls') by justin timberlake