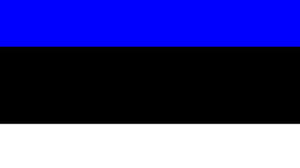 Estonia, the most northerly of the Baltic states, regained its independence from the Soviet Union in 1991. It is a mainly flat country on the eastern shores of the Baltic Sea, with many lakes and islands. Much of the land is farmed or forested.

The Estonian language is closely related to Finnish, but bears no resemblance to the languages of the other Baltic republics, Latvia and Lithuania, or to Russian.

About one quarter of the population is of Russian-speaking origin.

The capital, Tallinn, is one of the best-preserved mediaeval cities in Europe, and tourism accounts for 15% of Estonian GDP. The economy is driven by engineering, food products, metals, chemicals and wood products.

Throughout history, many other nations that ruled the region – Danes, Germans, Swedes, Poles and Russians – have influenced Estonian cuisine. Among the traditional dishes are marinated eel, blood sausage and sauerkraut stew with pork.

Jaan Kross – the writer whose work has been translated into at least 20 languages
Friedrich Reinhold Kreutzwald – the author of the national epic (Kalevipoeg)
Lennart Meri – the writer, film-maker, diplomat and politician

Playing: good to be me by zingzillas