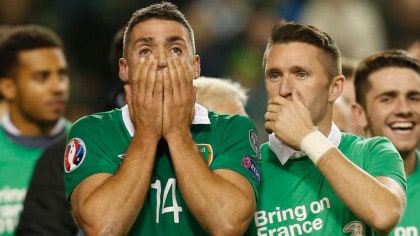 Since joining the European Union in 1973, Ireland (Éire) has transformed itself from a largely agricultural society into a modern, technologically advanced economy.

Agricultural lowlands make up most of the interior, which is broken in places by low hills and includes considerable areas of bogs and lakes.

There are coastal mountains to the west, rising to over 1 000m in places. Nearly a third of the population lives in Dublin.

The Dáil, or lower house of Parliament, is composed of 166 members while the Seanad, or upper house, has 60 members. Parliamentary elections are held every five years. The President, elected for a seven-year period, mainly performs ceremonial duties.

Although the history of Ireland has seen troubles and turbulence, its people have always been associated with a love of music and storytelling. Often referred to as the land of saints and scholars, the country is the birthplace of many famous English-language writers, such as Yeats, Joyce, Beckett, Wilde and Shaw. Ireland is home to internationally known rock bands and singers such as U2, The Corrs and Sinéad O’Connor.

Simple meat dishes and boiled vegetables such as the potato, carrot, turnip and parsnip form the principal ingredients of traditional Irish cooking.