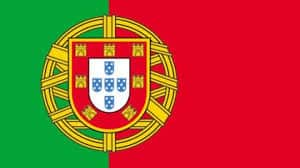 Portugal, a country with a rich history of seafaring and discovery, looks out from the Iberian Peninsula onto the Atlantic Ocean. Portugal’s history has had a lasting impact on the culture of the country: Moorish and Oriental influences in architecture and the arts are prominent.

Over the past 3 000 years, Portugal has witnessed a constant ebb and flow of civilisations. Phoenician, Greek, Celt, Carthaginian, Roman and Arabic cultures have all left their imprint. In the 15th century, Portugal’s intrepid maritime explorers led by Vasco da Gama discovered new territories, leading to the accumulation of an overseas empire. At home, the university of Coimbra, established in 1290, is one of the oldest in Europe.

The President, elected for a five-year term by universal suffrage, has limited powers. The parliament has 230 members, whose mandate is for four years.

Portugal has always been well represented in the arts. Famous poets include Luís de Camões and Fernando Pessoa. No less creative are the talents of international footballer Cristiano Ronaldo.

During the month of June, festivities dedicated to three saints known as Santos Populares (popular saints) take place all over Portugal. They are characterised by folk dance and music, particularly the traditional melancholy fado.

Each region of Portugal has its traditional dishes made with various kinds of meat and seafood. In particular, the country is particularly well known for its one hundred ways of cooking cod.

Playing: today was a fairy tale by taylor swift