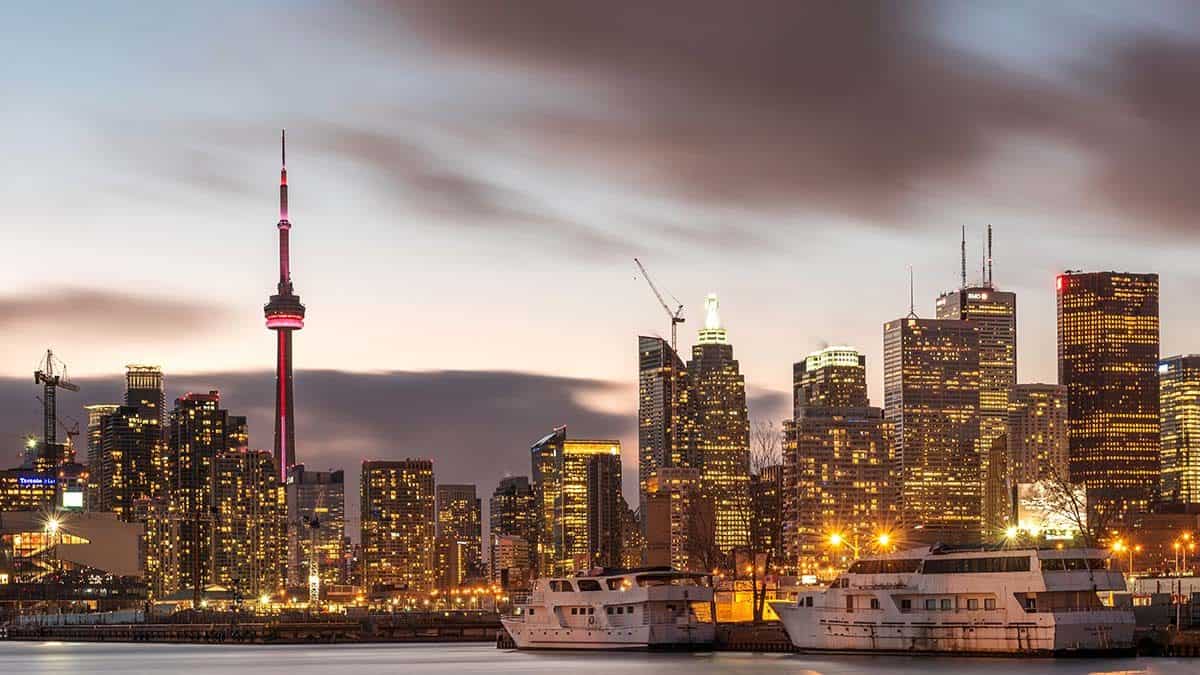 Check out this entry from Toronto!

It’s the biggest city in Canada!

It’s a 7 and half hour flight from Birmingham Airport.

Some of my favourite scrapbook photos were taken in Toronto! There’s so much to see – from the bustle of Queens Quay to the enormously high CN Tower, Canada’s most recognisable landmark.It was once the tallest structure in the world – until beaten by the Burj Khalifa in Dubai. I reckon you should challenge your parents to walk outside and around the roof of the main pod – 1,168 feet up!  Don’t worry, they’ll be tethered to the building whilst you’re inside – probably getting some great photos for your scrapbook!

One of Canada’s biggest sports is ice hockey – so how about a visit to the Hockey Hall of Fame.  As well as information about famous players and teams, there’s a whole load of memorabilia and equipment worn by players during special games.  There’s also a replica dressing room, less the smell!  And if you want to see a real game, check out the Toronto Maple Leafs! Let’s Go Maple Leafs!

Don’t forget Niagara Falls – they’re only two hours away. Niagara Falls is a series of three waterfalls. I’d recommend going to the Canadian side of the Falls called Horseshoe Falls – it has the best views. Also, don’t forget to take a trip on the Maid of the Mist right into the spray of the waterfall – they’ll give you a nice plastic cape to keep dry… ish!