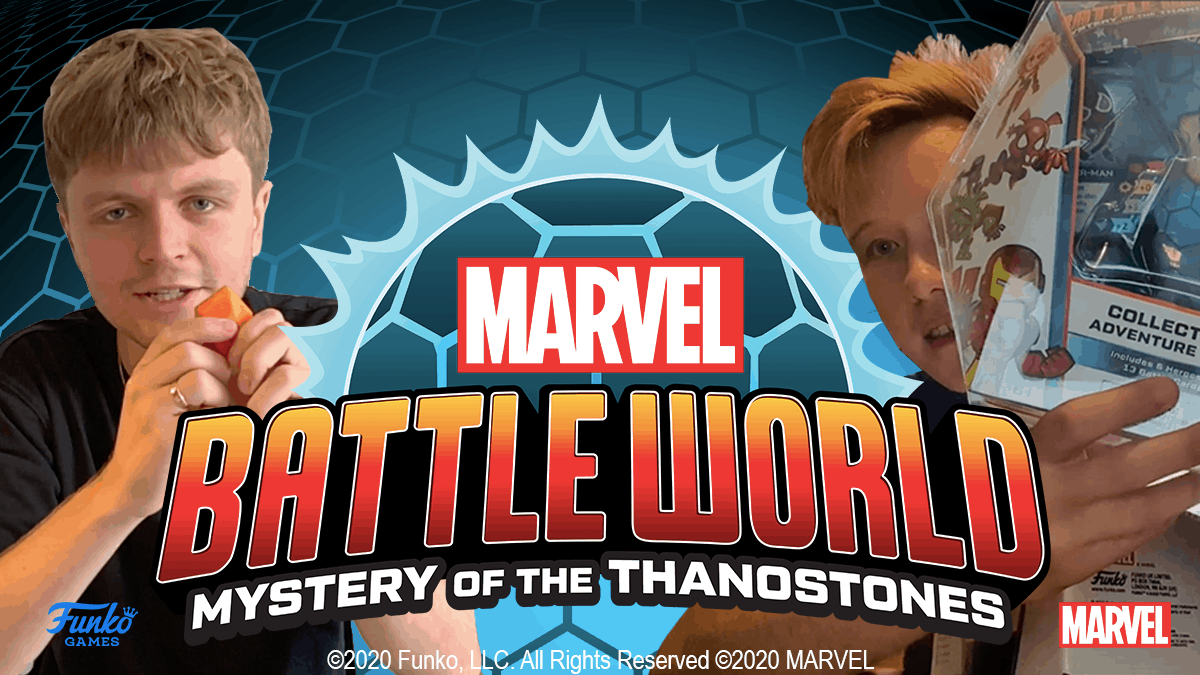 We’re inviting you into the world of Marvel Battleworld: Mystery of The Thanostones. Your journey starts here, with a brand new first-of-a-kind toy range, from Funko and Marvel. Combining exclusive collectable Marvel figures with a brand new tabletop game, Marvel Battleworld Battle Balls will bring you reams of epic surprises and hours of exciting gameplay. Perfect for Marvel-mad kids, this summer.

With Marvel Battleworld Battle Balls, you can collect your favourite Marvel Heroes from Iron Man and Groot, to Captain Marvel, and unleash them in battle against the evil Thanos. As well as the iconic Marvel heroes, you’ll also meet characters from deeper in the Marvel universe, like the unique Captain Americat, Spider-Ham, and Throg!

Each Marvel Battleworld Battle Ball comes with TWO collectable characters, Hero Cards, Battle Cards and one die. And the best part? You never know which character you’re going to get! Once you’ve cracked open the Battle Ball, crush the mysterious Thanostone rock to unveil your collectables. Assemble your greatest super-hero squad and play with friends and family… or settle down to tackle the battle alone.

Don’t miss out on even more action, with the must-watch Marvel Battleworld cartoon series. Assemble the whole family and dive into the animation adventure, available across multiple platforms, including Disney XD, and the Marvel HQ YouTube Channel.

Created by Funko Animation Studios, in collaboration with Marvel, this series will take you on an epic adventure with the Marvel Battleworld Heroes, in their journey to take down the evil and villainous Thanos.