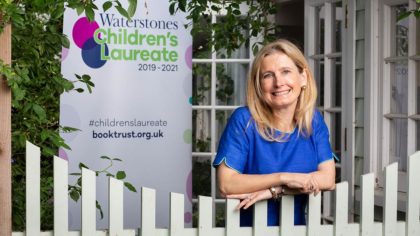 The author and illustrator of the How to Train Your Dragon and The Wizards of Once books has been named the brand new children’s laureate!

This year marks the 20th anniversary of the Waterstones Children’s Laureate. The position is given to someone new every two years to celebrate their work and promote the work of other children’s authors.

She was announced as the new laureate at a ceremony at Shakespeare’s Globe Theatre in London on 9th July 2019.

Cressida has sold over 11 million books worldwide in 38 languages and was obviously a popular choice among the judges who get to decide who the next laureate should be.

She said she had ten things she wanted to try and achieve. She believes that every child should be able to:

Bex had a chat to the author all about her book The Wizards of Once a few months ago!

Bex finds out the magical fantasy adventure, plus asks her quick fire questions!