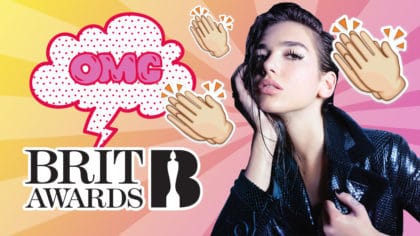 The BRIT Awards is huge award ceremony held every year to celebrate all things pop-music!

That’s than any female artist in the history of the BRITs, so she was expected to do really well…

The categories she was up for include:

She was also up for Best British Video but was eliminated in the early stages, mainly because she was up against three of the One Direction boys!

Dua stunned audiences with a really cool performance of her song New Rules, too, and also turned up to the event in an absolutely massive dress!

In her acceptance speeches, Dua thanked her younger brother and sister and told them she loved them!

In fact, she was the only person of the night to walk away with more than one award.

Whilst she didn’t exactly look like Adele at the end of the Grammy Awards in 2012, she did pretty well!