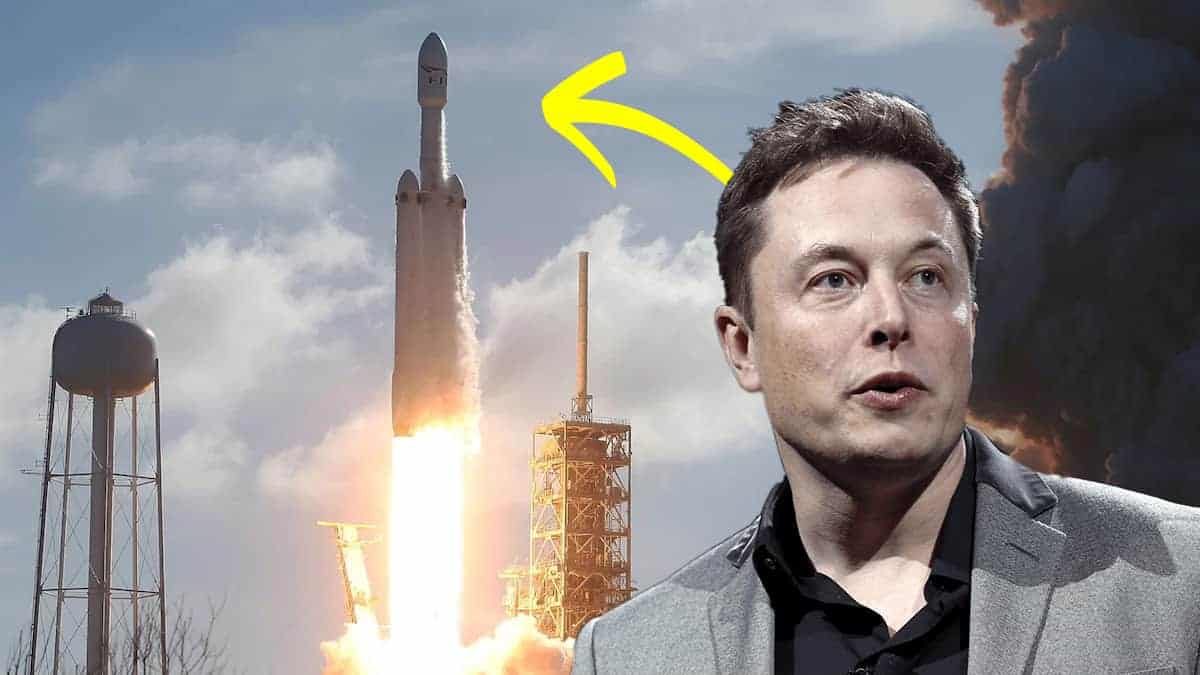 Something very special happened on a launch pad in Florida yesterday!

It marks the first time in history that a space rocket operated by a private company took off, carrying with it a really expensive sports car!

In the past, only government organisations had the ability to send stuff into space due to the high costs involved.

That’s not the only thing that makes it so special though! The rocket itself is actually reusable…

Special boosters disconnect from the side of the rocket, just before it leaves Earth’s atmosphere.

These then re-land, so they can be used again!

Find out more about SpaceX

Just before liftoff at 3:45pm on 6th February, the owner of SpaceX, Elon Musk said described why a reusable rocket was so special…

It’s like where one aircraft company has reusable aircraft and all the other aircraft companies had aircraft that were single-use, and you’d sort of parachute out at your destination and the plane would crash land somewhere. Crazy at it sounds, that’s how the rocket business works.

The successful launch of the spacecraft, called Falcon Heavy, astounded people who watched it online and those who helped launch the rocket.

Elon Musk previously told news reporters he thought it only had a 50% chance of success!

He celebrated the launch with a couple of social media posts, one of which showed the circuit board aboard the spacecraft.

Made on Earth by Humans, it reads.

Printed on the circuit board of a car in deep space

NASA has also congratulated SpaceX, which used its launch pad, saying that the future of space travel was now here.

About 4 minutes after launch, the clamshell-like covering that protects payloads at the top of the rocket deployed successfully.

It ejected a Tesla sports car, complete with a dummy in a space-suit.

Find out more about SpaceX!

The dashboard of the car – the bit where you normally listen to the radio – said “Don’t panic!” and was reportedly playing a David Bowie song.

Find out more about the future of space travel with our Deep Space High: Spaceports quiz.

Discover the future of space travel with this podcast!

Get the Deep Space High podcast!

If you want to find out more about space, you should check out Deep Space High! Sam, Stats, and Quark are all taught about solar flares, cosmic rays, satellites, rockets and more!

Playing: cut to the feeling (from "ballerina") by carly rae jepsen