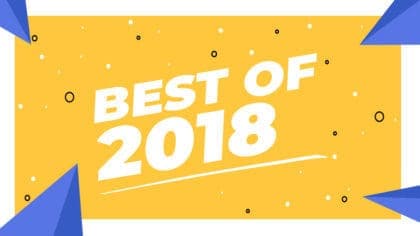 We’ve had some proper amazing people on Fun Kids this year!

And since 2019 is just around the corner, we thought it was time to look back at some of the stars that have popped into the studio.

That’s why, every day between December 27th and 31st, we’re replaying one of our faves.

Listen daily at 5:30pm in The Club with Bex from December 27th where we’ll be chatting to people like this…

December 27th: Benedict Cumberbatch chats to Bex about his role in The Grinch!

December 28th: Adrian Edmondson chats to Bex about his book, Junkyard Jack and the Horse that Talked.

December 29th: Sean meets the cast of Find Me In Paris and they nearly make him quit his job!

December 30th: Danny Wallace becomes the newest member of Fun Kids staff and spills the title of his next book…

December 31st: Eddie Redmayne is the voice of Dug in a movie out earlier this year called Early Man!

Playing: as i lie here in my bed by nick cope