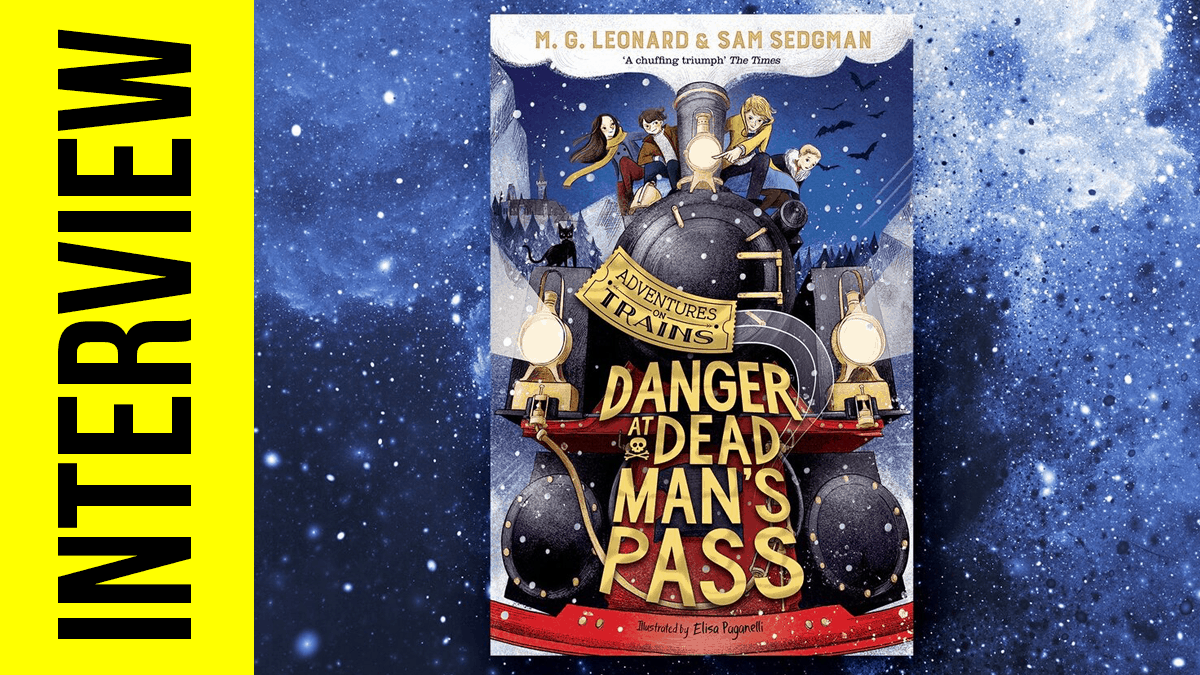 Just after 5pm in The Club on Monday, 20th September 2021, authors M. G Leonard and Sam Sedgeman chat to Bex!

They’re the authors of Adventures on Trains Book 4.

They’re chatting all about their new book and some of the best train journeys in the world!

In the story, Harrison Beck investigates an ancient family curse high in the German mountains.

Illustrated in black-and-white throughout by Elisa Paganelli.

A mysterious letter from an old friend asks Hal and Uncle Nat to help investigate a spooky supernatural mystery.

Legend has it the Kratzensteins, a family of rich and powerful railway tycoons, are cursed, but there is no such thing as a curse, is there?

Hal and Nat take the night train to Berlin and go undercover.

From a creaking old house at the foot of the Harz mountains, they take the Kratzenstein family’s funeral train to the peak of the Brocken Mountain.

Can Hal uncover the secrets of the Brocken railway and the family curse before disaster strikes?