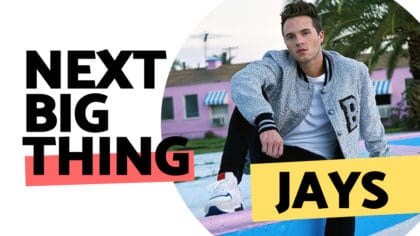 Every week on Fun Kids, Conor picks a tune to crown as his Next Big Thing!

It’s a song that gets him up and dancing and one that he thinks you’re going to love too!

Bex had a chat with JAYS on Tuesday night – take a listen to the interview and see the music video below!

At 25 years old, JAYS is an artist with a mission. The Australian singer doesn’t just want to make pop but also says “I want everyone to understand that it’s okay to be yourself”

After uploading a cover of Maroon 5’s “Payphone” to YouTube, a video that got over 500,000 in just a week, the band all convened in Sydney and decided to audition for the Australian version of The X Factor

We’re playing Misfits every day this week on Fun Kids!

We’re also counting down the hottest seven songs on the planet right now in the Pop 7 at 7!