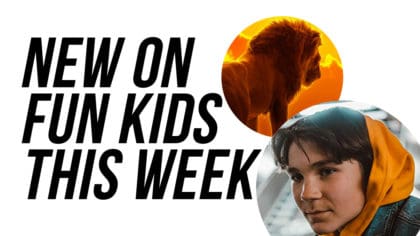 Every week on Fun Kids, the big bosses sit down and work out what new music we’re going to add to our playlist.

This week they had an extra-hard job because there’s been so much new stuff and it’s the first week of the summer holidays!

We think we’ve done a rather good job.

The Lion King Cast – Can You Feel The Love Tonight, Hakuna Matata & I Just Can’t Wait To Be King

We’ve added loads of new tunes from the brand new Lion King movie, which is out in cinemas right now!

It’s a remake of the traditional movie starring celebrities like Beyoncé, Donald Glover and more, where Simba is exiled after a sad event.

Bex spoke with some of the people behind the film last week! Head to FunKidsLive.com to listen now!

This is a tune from 25-year-old Ridings!

When she was younger, Freya scrawled a picture of a violin on a piece of cardboard and then pretended to play it!

She said: “Adele was a huge inspiration to me, and her success really did make me continue what I was doing”

Nikolas is a young and rising star from Sweden.

He has just released his official first single. It is entitled Kissing. It is an upbeat pop song with a positive vibe.