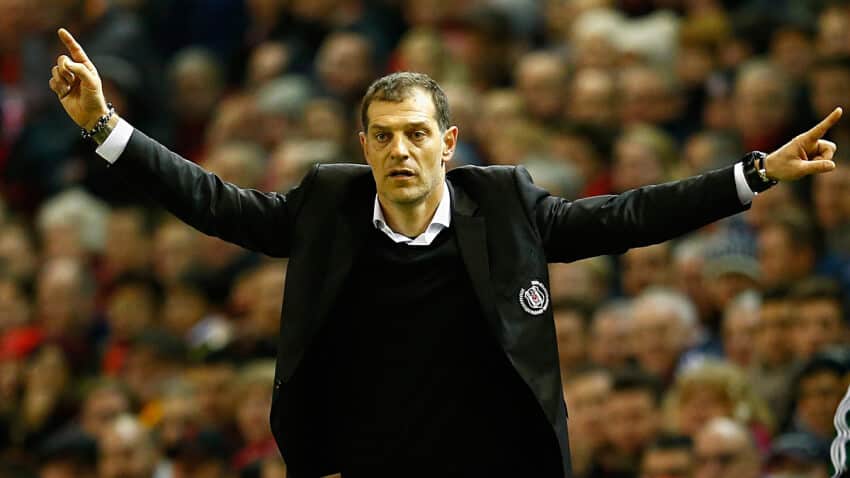 It’s that time again! Dan has picked his best and worst from the Premier League this weekend!

At the weekend West Ham were losing 2-0 away to Everton, they hadn’t given a great showing agaisnt the Toffee’s – who went down to 10 men early on in the game.

Then, Romelu Lukaku missed a penalty make it game over, so Bilic changed his plan.

Instead of trying to play pretty passing football all over the pitch, he brought on two huge strikers, and smashed balls towards them.

They scored 3 goals in the last 12 minutes of the game, and turned the score around to win 3-2.

The Hammers showed there are loads of ways to win a football match, and Bilic’s genius substitutions showed that sometimes you have to throw everything, including the kitchen sink at a team.

Good job he’s a hammer then!

This is a bit harsh, because Coquelin has been one of Arsenal’s best players all season.

But on Saturday, he let himself down in the biggest game of their campaign.

In the North London Derby, against arch-rivals and fellow title-challengers Spurs, Coquelin got a bit too caught up in the pressure of the match, committed two silly tackles and was sent off.

Playing Spurs is always hard at the moment, but when you’re down to 10 men it’s even harder.

White Hart Lane was a boiling cauldron of atmosphere, with the fans on fire wanting a win.

Coquelin let his team-mates down, and proved that if you can’t stand the heat, get out of the kitchen.