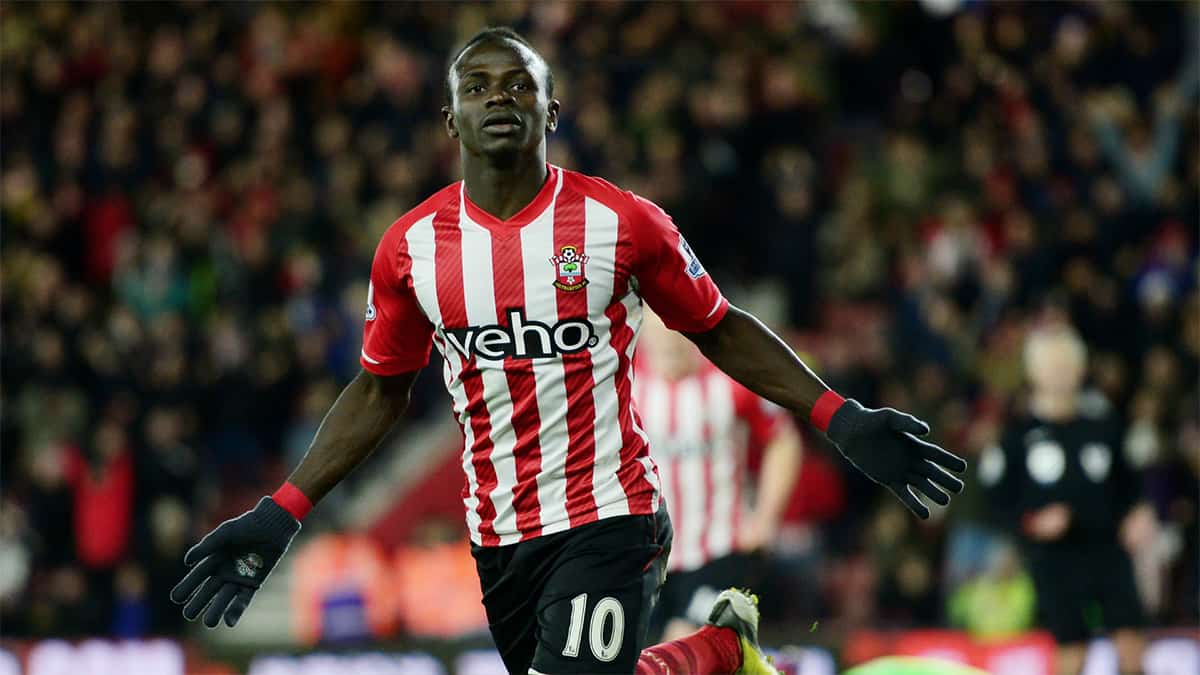 Southampton were being beaten 2-0 by Liverpool at the weekend.

At half-time, Sadio Mane was brought on for the Saints and had a topsy-turvy 45 minutes.

First off, he missed a penalty. Good save by the keeper, but he should’ve scored.

That makes the rest of his performance even more remarkable.

He scored a brilliant goal to get a goal back for Southampton, a brilliant left-foot blast that flew into the top corner.

And then, with just 4 minutes left to play, he squeezed the ball under Mignolet to turn the game round and complete the Saint’s comeback, who won the game 3-2.

If Mane is going to play with that much fire and energy every-time he’s annoyed he’s a substitute, he may just have to stay on the bench.

All the best people are called out to mend something anyway. Just think of Superheroes… Which makes, me think. He has a superhero name!

It was an important Manchester Derby at the weekend, with both teams needing a win to get closer to European Qualification, Man City were beaten 1-0 by United.

City are in a terrible patch of form at the moment!

They’ve won just 1 game of their last 6. They’re 4th in the League, and 15 points behind the Leaders Leicester.

The wheels seem to have fallen off the bus for the last couple of months ever since City have announced Pep Guardiola will be taking over from Manuel Pellegrini in the summer.

When it was announced he was taking the job, people were quick to point out that Pep, who’s also managed Bayern Munich and Barcelona, only ever takes easy jobs with clubs that are already amazing.

Maybe, this is his plan to show he is actually good!

By telling Man City to be terrible before he takes over?