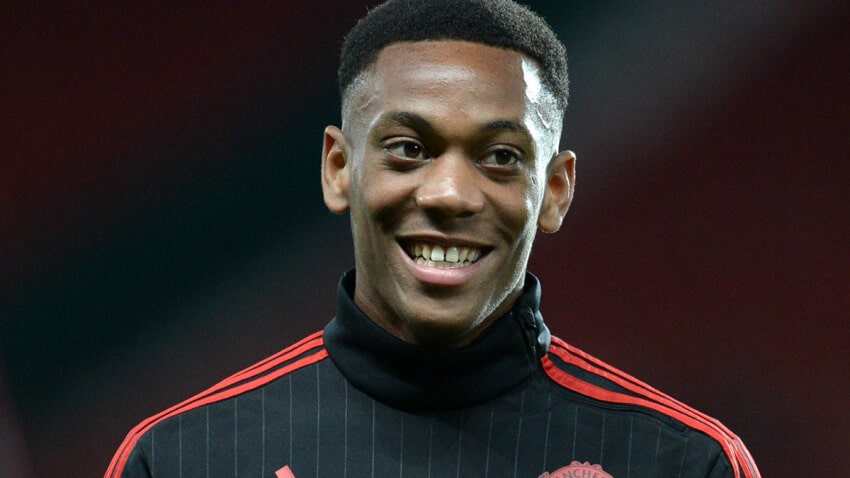 Anthony Martial could have saved Man United’s season at the weekend!

United won’t qualify for the Champions League next season as they’ll finish outside the top 4, so winning the FA Cup is the only way to rescue a pretty poor campaign.

They were heading to extra time agaisnt Everton in their semi final at the weekend drawing 1-1, when in the last minute, the ball fell to Martial in the box

The French teenager had the coolest head in Wembley, kept calm and slotted the ball in the bottom corner.

Martial was the best player on the pitch, showing brilliant pace, excellent finishing and some beautiful skills.

He seemed to be on another planet than the other players.

Well, he’s only one letter away from Martian….

My Miss this week is from the same game is Romelu Lukaku.

As the Everton’s biggest player, in their biggest game of the season. He had an absolute shocker.

In the first half, through alone against the goalkeeper twice, he fluffed the chances.

In the second, he scuffed more chances, including a penalty!

It’s such a surprise for me though, because he’s one of the top scorers in the Premier League this year.

He’s got 18 goals this season, and there’s a lot of rumours of him moving clubs in the summer.

Maybe going to one of the top European teams!

After his performance at the weekend, I think the only move he could make would be to a Pinball Machine Company

Maybe they could sign him up as a bumper? The ball was bouncing off him for 90 minutes at Wembley!