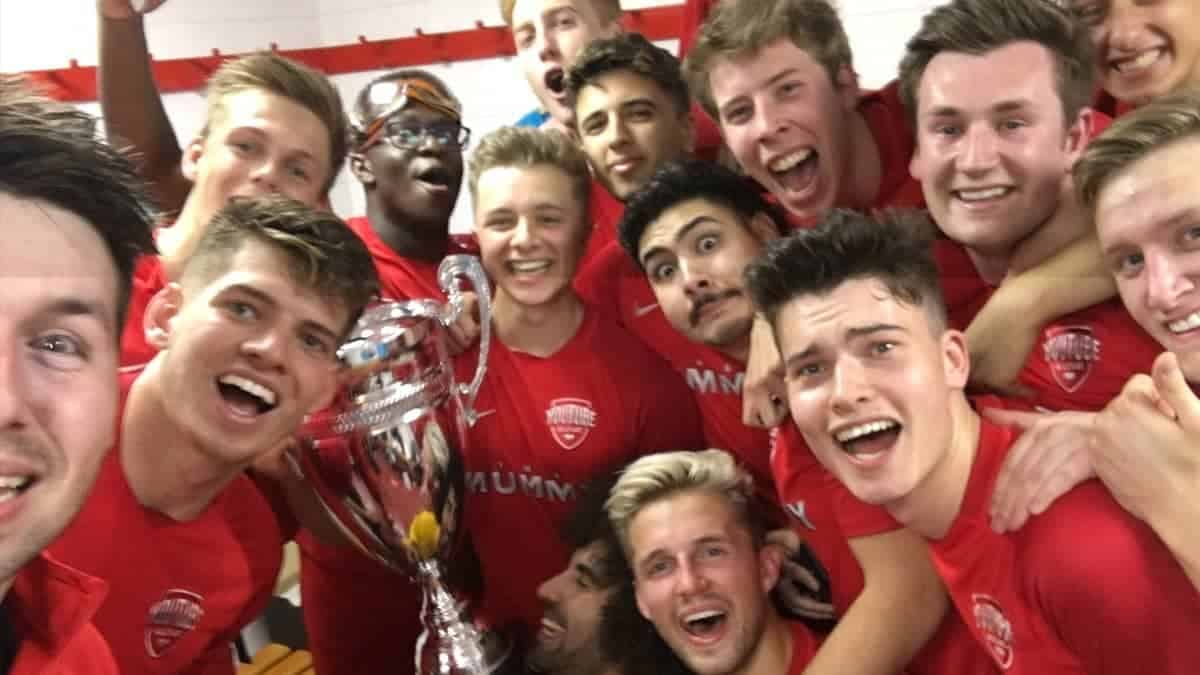 The second Sidemen FC vs YouTube Allstars charity football game took place over the weekend – and what a game it was!

Thousands of fans descended on Charlton Athletic’s The Valley stadium to see the Allstars snatch the title from Sidemen FC!

Both teams were filled with some of the biggest vloggers from YouTube, with millions of subscribers between them!

The Sidemen are a group of seven friends – KSI, Behzinga, Wroetoshaw, Zerkaa, Miniminter, TBJZL and Vikkstar – who mainly post pranks, football skills and gaming videos on their channels.

Captained by Miniminter, the side teamed-up with eight other YouTubers for this year’s match.

YouTube Allstars were brought together especially for the game. The side included vloggers Caspar Lee, Oli White and Marcus Butler, plus captain Calfreezy.

Seriously…..thank you so much for putting me in this position.

Unfortunately, Joe Sugg was forced to pull out of the YouTube Allstars side just before kick-off due to an injury.

The game was livestreamed on Sidemen FC’s YouTube channel, with Joe Weller and Elliot Crawford in the commentary box remarking on all the action for fans watching at home!

This is the second time that Sidemen FC and YouTube Allstars have met.

Congratulations to the YouTube Allstars who beat #SDMNFC in today’s charity game at The Valley #cafc pic.twitter.com/RgGh2dwzgk

Last year’s game was also live-streamed, with commentary from The True Geordie and Laurence McKenna, and has had over 13 million views!

This time, the sides planned to fill an entire stadium rather than just one stand and so are expected to raise even more money when the final amount is calculated!

Huge thank you to everyone involved today, such a sick day for such a sick cause! 🙏🏼 #SDMNFC were unlucky, well played to all of them 👏🏼

The chosen charities for the 2017 match are the Charlton Athletic Community Trust and Childline and all profits will be split between the two.