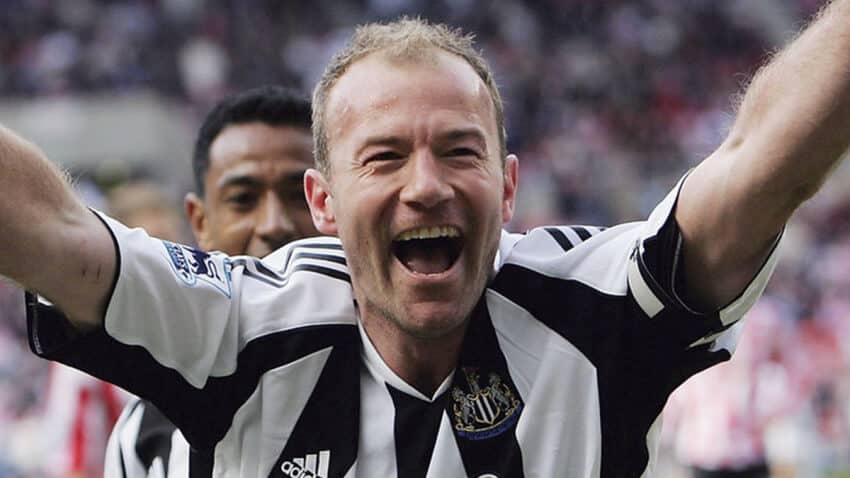 What was the secret to winning this 57-hour non-stop match, Al?

Shearer says: “I’d say playing as much as I can but I’m in bits! It was hard work. I scored a few and it’s been competitive, but enjoyable at the same time. My head was telling me to do one thing but my legs couldn’t do it!”

Who would be your ultimate five-a-side dream team?

Shearer says: “Anyone who can do all my running and just pass it to me up front! No, I’d have Cristiano Ronaldo, Lionel Messi, Paul Gascoigne and, of course, Teddy Sheringham. We wouldn’t have any defenders, but we’d score loads of goals!”

What do you make of Leicester’s incredible season so far?

Shearer says: “Staggering! It’s brilliant to see – they’re full of energy, enthusiasm, pace, skill. You name it, that team has got everything. They’ve been awesome.  They can definitely win the league – no doubt about it!”

Has it been hard to analyse your old team Newcastle on MOTD?

Shearer says: “No, it’s been easy, because they’re doing so many things wrong! It’s hard to watch because of how poorly they’re doing. It’s been a long hard season for them. Fingers crossed they can get out of this mess!”

Who’s been your Prem player of the season so far?

Shearer says: “Riyad Mahrez! He cost £400,000 and he’s taken the league by storm. No-one can stop him! He’s been brilliant – he’s scored goals, got assists and has been superb!”

Will Man. City coast to the title next season under Pep Guardiola?

Shearer says: “No – Chelsea will have a new manager. Plus, everyone will spend big because the finance is massive next year for staying in the Premier League – it will be exciting!”

Finally Al, what’s your prediction for the top four and bottom three?

Shearer says: “I think Villa have already gone, Norwich might go with them and then either Sunderland or Newcastle. It’s impossible to predict the top four, but I hope Leicester do it!”

This issue counts down the 50 best players in the Prem!

There’s also a chat with the Chelsea and England legend Frank Lampard!

Plus! With every issue, a whopping 10 Match Attax Extra cards for every reader!