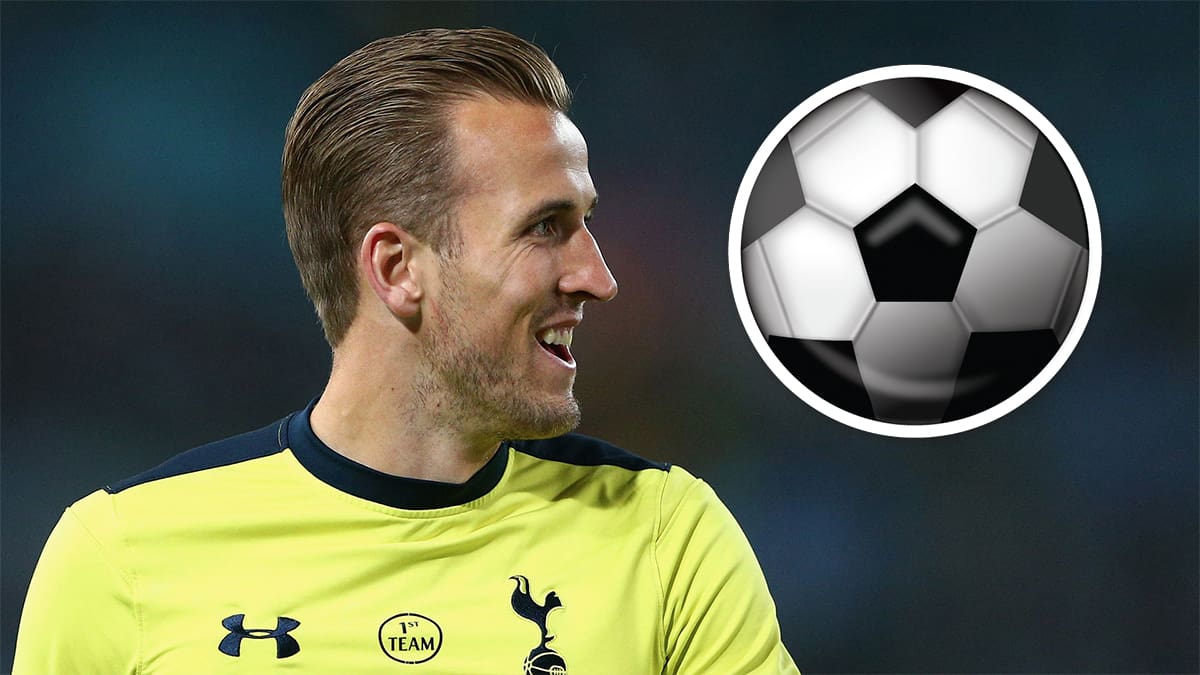 With just seven games to go, the race is hotting up… Who will come out on top?

Jamie Vardy could give Usain Bolt a run for his money – the lightning-fast forward has sprinted past nearly everyone this year. But we think Vards has a lot more going for him than just pace – he hardly ever misses a chance in the box and links up brilliantly with plucky strike partner Shinji Okazaki!

We still can’t get over the fact that this is only Kane’s second Prem season – but Prince Harry has sown to everyone that he has what it takes to become the king of the Prem strikers. He scores every sort of goal you can imagine and leads the line Spurs with pace, power and plenty of hard work!

It feels like Lukaku has been battering defences forever – but the Belgian bruiser is somehow still only 22 years old! Romelu is our tip to become the most complete forward in the league in the next few years – he’s already scored more goals at his age than C-Ron, Wazza and Luis Suarez had!

The mighty Sergio may be behind the leaders, but there is no doubt he’s the cream of the striking crop – he banged in 26 goals last season to take the Golden Boot and has scored 94 goals in just 141 games for The Sky Blues. Serge is one of only five players to ever score five goals in one Prem match!

Mahrez has turned himself into one of the world’s greatest goalscoring wingers this season – racking up a mega 11 assists to go with his 15 goals. Whether out wide or down the middle, this Algerian desert fox has made himself into a hero with England’s Foxes!

Odion has been Watford’s driving force – and his strike partnership with Troy Deeney is one of the Prem’s most effective. Ighalo scored more than a goal every other game for The Hornets and is sure to leave a sting in the tale of this term’s Prem Golden Boot Race!

The France striker has been going through a rough patch of late – but his mixture of power and precision make him a deadly weapon even at his worst. While not the fastest or most skilful in this group, Giroud’s physicality makes him a total nightmare to play against!

After a slow start, the Spain brawler has been setting the Prem alight in recent weeks – he’s scored six since the turn of the year and has made a habit of getting assists, too. If Chelsea go on a run up the table, we guarantee this guy will be right among the goals!

This issue looks at who will take the golden boot in the Prem!

There’s also loads of juicy transfer gossip, football bingo and a look ahead to Euro 2016!

Plus! With every issue, 5 Match Attax Extra cards for every reader!

Playing: let it go (from frozen) by idina menzel