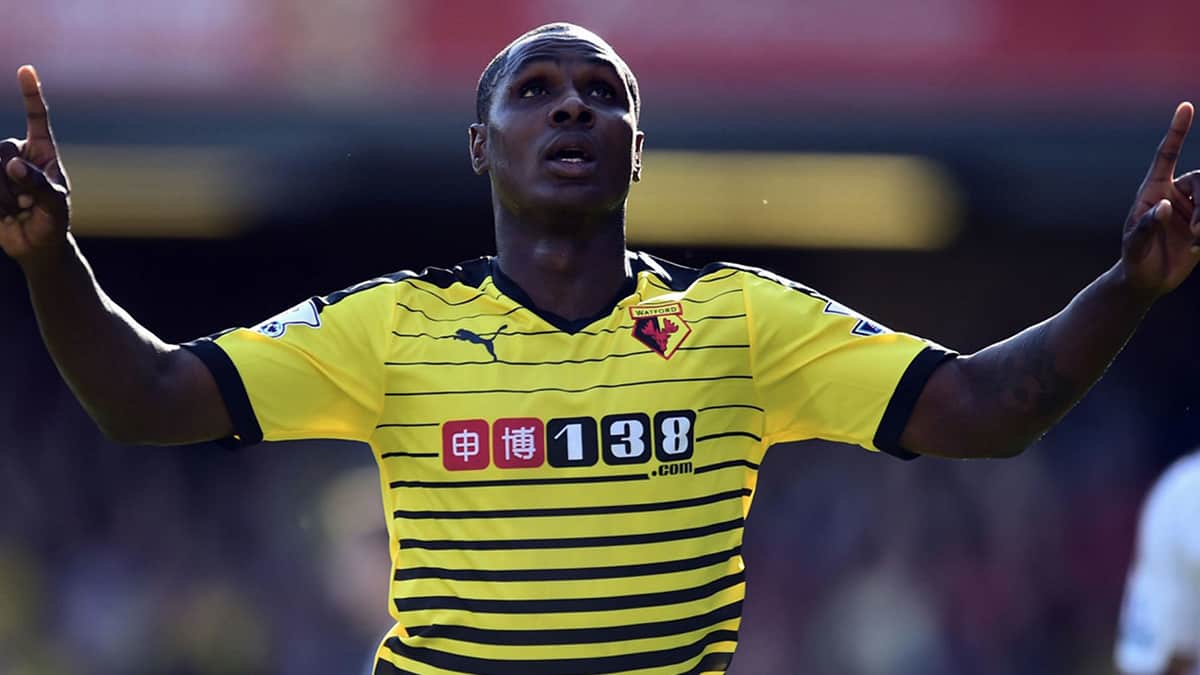 Ighalo says: “It’s got to be Cristiano Ronaldo! He leaps in the air so well. If I wanted to learn how to score with my head, I think I would watch lots of Ronaldo!”

Ighalo says: “There’s one striker who always used to score inside the area and that’s Rudd Van Nistelrooy! I’m good there, too. I don’t panic, I just stay relaxed!”

Ighlao says: “I’ve never seen Troy Deeney miss a penalty! He has confidence and changes the way he shoots every time – I’d like to be able to hit them like that. I watch him in training and he just doesn’t miss!”

Ighalo says: “This is a hard one, but I’ll say David Beckham! I’d like to be able to bend it like Beckham. Ha-ha!”

Ighalo says: Adlene Guedioura – when he hits the target, it’s tough for the keeper to save it. My teammates say I don’t know how to shoot from outside the box – I feel more confident in the penalty area!”

Ighalo says: “Both are great, but I think Messi was born great, whereas Ronaldo has worked hard for all he’s achieved. I worked hard to get where I am, so I choose Ronaldo because he pushes himself to the limit!”

This issue is all about the Prem player of the year!

Plus there’s a pack of Match Attax Extra cards with every issue!

Playing: conversations in the dark by john legend