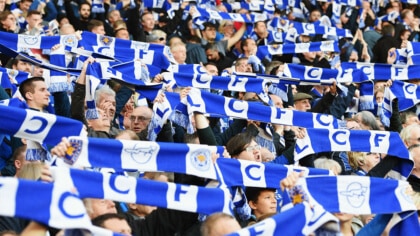 It’s a football fairy-tale, the greatest ever told… Leicester are the Premier League Champions!

Five years ago, Jamie Vardy was playing for Halifax and Riyad Mahrez was in Le Havre’s reserves. Now they’re the Prem’s sickest double act, with 39 goals and 17 assists between them this term!

A few slices of good luck!

The Foxes let in 18 goals in nine games at the start of the season. Claudio Ranieri’s idea? Reward them with pizza for every clean sheet. It worked – they stopped the opposition scoring 15 times!

Kings of the Clappers!

Since the club started putting 30,000 cardboard clappers on seats at the King Power in April 2015, The Foxes have picked up an average of 2.2 points per game. That surely deserves a clap!

Lots of squads might look better than Leicester’s on paper, but none are a match for their energy or will to win. Out of 22 wins this season, 19 have come despite having a lower share of the ball!

The genius of Claudio Ranieri!

Put this bunch of players together with any other boss in any other season and they may have been relegated. Ranieri’s mix of clever tactics, spirit and epic bants has worked wonders!

Hang on – stay with us on this! After the 15th century ex-King of England’s remains were moved and buried just a mile from the King Power last year, their win rate in the Prem has risen from 29% to 61%!

Their season in stats: the big numbers behind Leicester’s big win!

This issue is taking a look at the amazing Leicester City!

Check out how the boys in blue managed to win the Premier League!