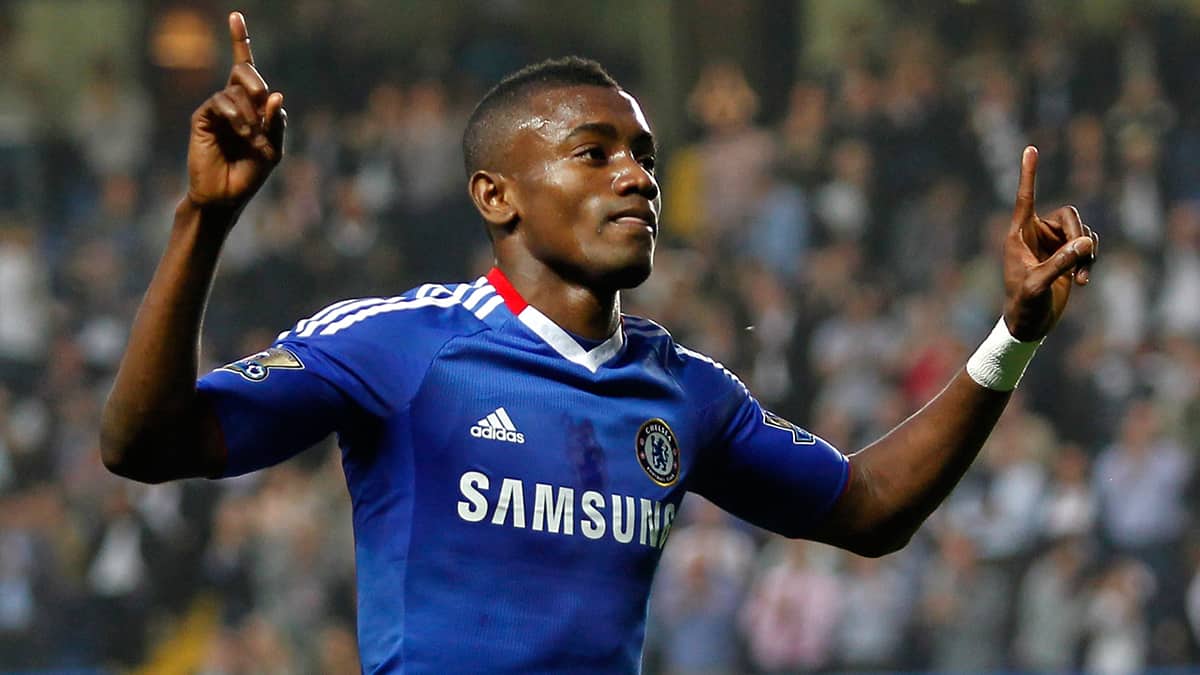 You’re banging them in for Hertha Berlin! Can you win the Golden Boot?

Kalou says: “That isn’t really my focus. We struggled last year, so the aim is to be stable and to continue to perform well so we can play in the Champions League next season!”

What do you think of your rivals, Lewandowski and Aubameyang?
Kalou says: “They play for teams that create 20 chances every game, so they have more opportunities to score goals! Both of them are great strikers and perform very well every week at the very highest level!”

What was it like starting in the 2012 Champions League final?
Kalou says: “It’s funny because I didn’t think I’d start in the quarter-final, but I was given the chance and I scored the goal that helped Chelsea make it to the next round. Maybe that made my manager believe I was the right player to play in the final!”

You’ve won a lot, but what’s been your greatest moment in football?
Kalou says: “I would say winning the Champions League. As an African player it is the sort of competition I dreamed about. I went to Chelsea and we won it, so that is definitely the biggest moment of my career!”

If you had to pick a five-a-side team, who would be in it with you?
Kalou says: “Messi, Messi, Messi and Messi! No, we’d need someone to defend, so I’d go for John Terry, Didier Drogba, Michael Essien and Messi. My friend John Obi Mikel can be the sub!”

Did you know?
Kalou is the only player to score more than ten goals in the Premier League, Bundesliga and Ligue 1!

Find out who the ultimate Kings of Europe are, plus how MOTD mag thinks the English teams will get on!