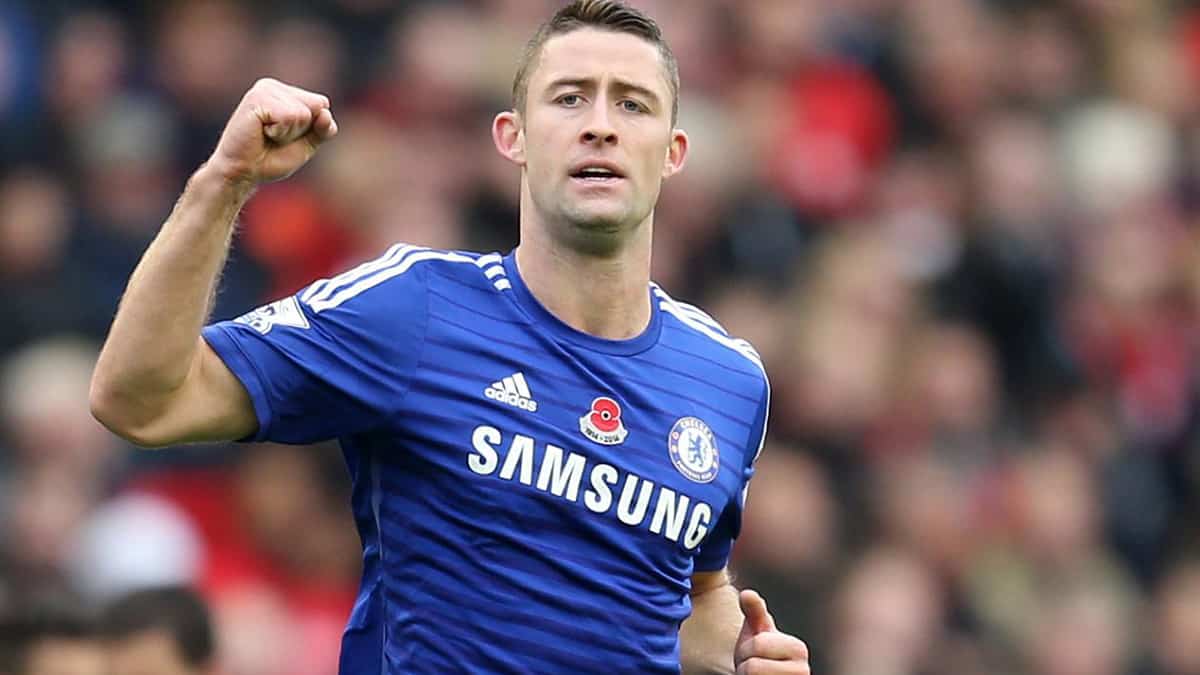 You’re Chelsea’s new Junior Supporters Ambassador. Why are you the best man for the job?

Cahill says: “Because im like a big kid! No, it was something I was interested in. David Luiz did it before me. To have interaction with young supporters is special!”

What’s the craziest thing a junior supporter has every asked you in an interview?

Cahill says: “You’d think I would get asked, ‘What’s the biggest game you’ve played in?’, but it’s more like, ‘How much do you earn?’ or ‘Have your pants ever fallen down in a game?’ Ha-ha! They stump me sometimes!”

You weren’t scouted until you were 15 – that’s quite late!

Cahill says: “It was crazy! If I ever have advice for youngsters, I say just play and enjoy it. I wasn’t thinking I needed to play well and get scouted, I remember not being bothered and just loving playing football with my mates. It was bizarre getting phone calls from a couple of clubs, then I was off on trials!”

What is the single best thing about playing for Chelsea?

Cahill says: “I feel like I appreciate it more because I didn’t just turn up for an hour at Stamford Bridge when I was 16 or 17 and start playing every week for the club. I worked tremendously hard to get where I am now – and winning trophies is the best thing by far!”

Cahill says: “I do the day after a game! It’s strange because I still feel young, but you see the age of some of the players and think, ‘Wow I’m ten years older than this guy!’ I realise I’m older, but it’s important to enjoy what you’re doing, as it goes so quickly!”

Which centre-back would you pay to watch?

Cahill says: “I’d pay to watch John Terry! You’re looking at someone who’s a top performer in his position. I also liked the partnership between Tony Adams and Martin Keown at Arsenal. In the modern era, maybe someone like Thiago Silva at PSG!”

Chelsea can’t win the Premier League this year, so who do you want to win it?

Cahill says: “Leicester’s story is fantastic. I know Marc Albrighton from our time at Aston Villa together. They can do it – people have written them off, but they’re proving them wrong!”

Cahill has been named in the Prem Team of The Year for the past two seasons!

This issue takes a look at Europe’s most dangerous strikeforces!

Plus! With every issue, 5 Match Attax Extra cards for every reader!