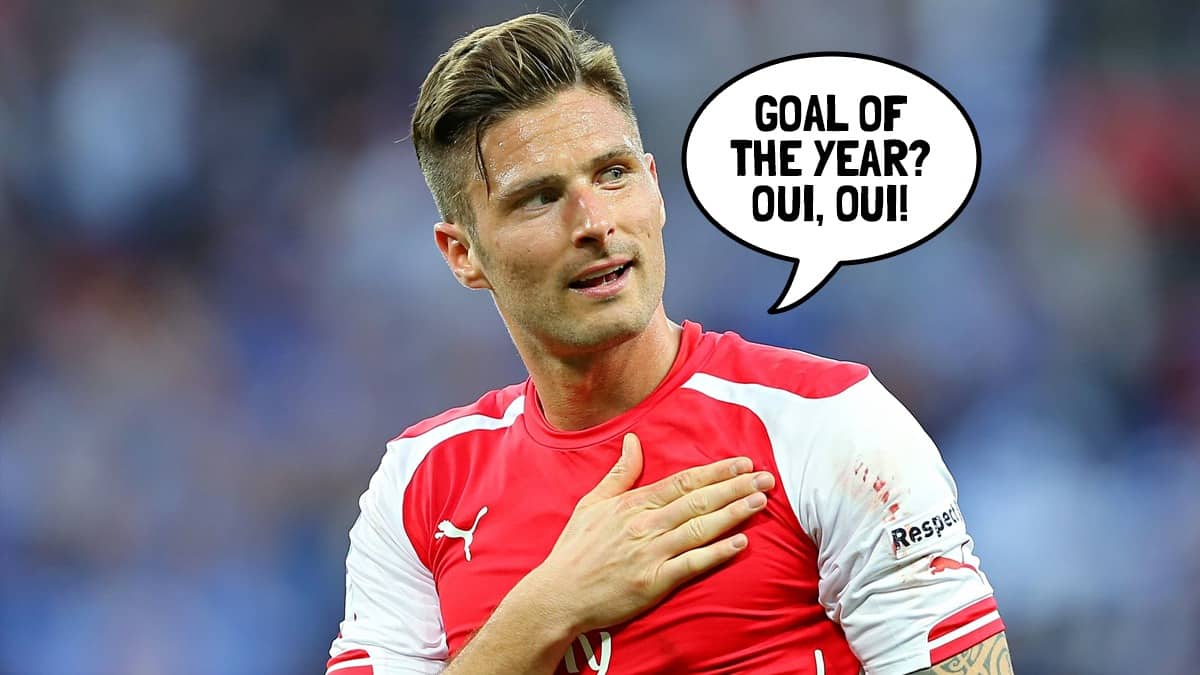 Loads of matches were on over Christmas and New Year, teams had to squeeze in three matches into one week.

That meant loads to take a look at, and figure out what was amazing in the break, and what was desperately awful.

I think the award for ‘Best Goal of 2017’ is already over… in fact, I think it ended on the very first day of the year.

Against Crystal Palace, Arsenal swept forward quickly, moving the ball from their own goal, high up the pitch.

After a chip into the box, Olivier Giroud had overrun the ball but that didn’t stop the French striker.

Without even turning his body to face the ball, he flicked his leg over, like a ballet dancer in mid-air and volleyed the ball from behind him into the net with just his heel.

Giroud’s scorpion kick was an unbelievable bit of skill and technique, without doubt the best goal of the season and could just help sting their title rivals as the Gunners try to win the league.

For Christmas, most people get toys, games and loads of sweets… Mike Phelan, the old Hull City boss was given loads of free time.

After a poor first half of the season, the Tigers are rooted to the bottom of the league and won just 3 matches.

Even though the owners have spent hardly any money, and built a poor squad of rubbish Premier League players, they’ve chosen to sack their manager, Mike Phelan.

But after the busiest festive period ever with three games in a week, Phelan can now do all the things he didn’t have time to over Christmas.

Maybe a jigsaw? To show he can make something after he failed to build a squad capable of winning matches.