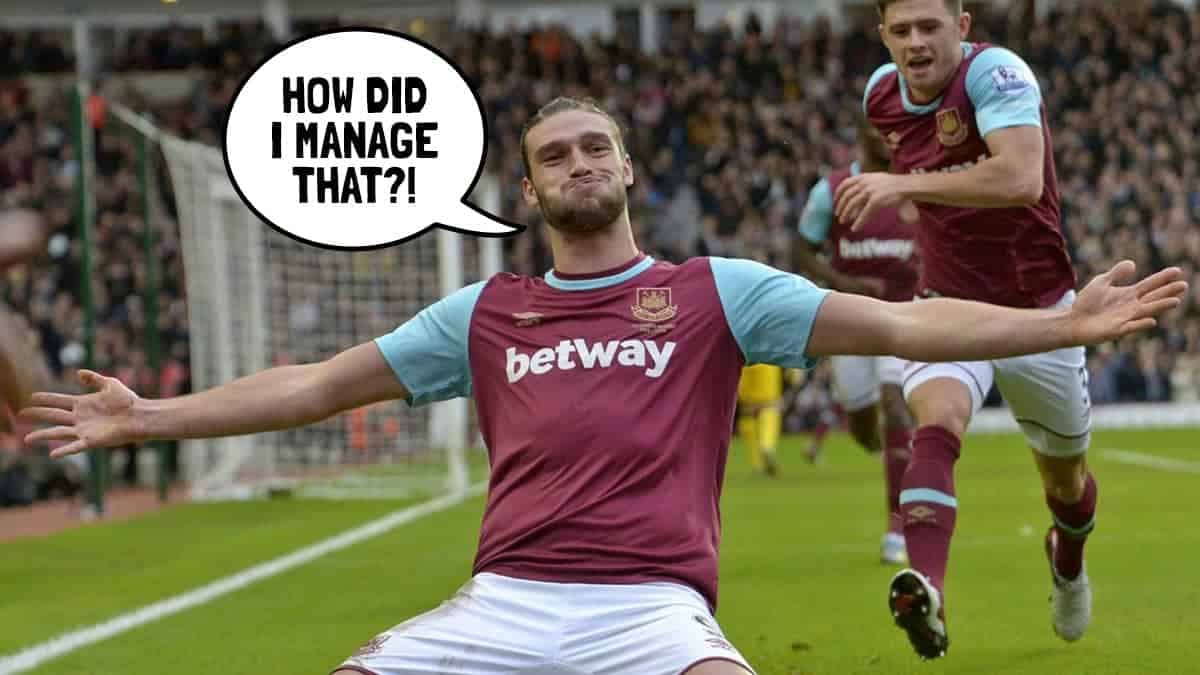 We’ve seen a lot of brilliant goals in the Premier League recently, and until recently I thought Giroud’s scorpion flick for Arsenal couldn’t be beaten…

That was until Andy Carroll cut down the competition with an amazing scissor kick at the weekend!

I’m really happy for the Hammers fans, because after their move from the Boleyn Ground things haven’t gone well – the London Stadium has failed to give them any magic.

But seeing a tall, slow, lumbering Andy Carroll manage to float through the air, and swing his leg over his head, to rifle the ball into the very top corner… it must’ve actually taken some secret magic to make that happen.

One of the biggest talking points of the summer was when new Man City manager Pep Guardiola got rid of club hero Joe Hart and brought in Claudio Bravo.

Guardiola was insistent that with his style of quick passing football, he needed a goalkeeper that was brilliant with the ball at his feet.

Bravo certainly is that, the only issue, is that for a goalkeeper… he isn’t actually any good with his hands.

Of the last 22 shots on target agaisnt Bravo, fourteen have gone in the net!

Against Everton this weekend, he conceded four goals and for most of the time he looked more like he was trying to get a selfie with thin air, rather than keep footballs out of his net!