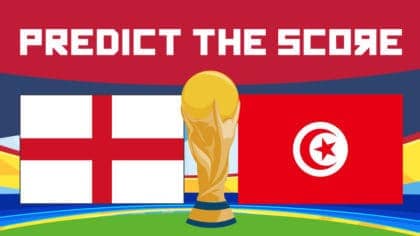 The World Cup is officially underway in Russia and we’ve been asking you to predict the scores of England games!

You can watch the game on the BBC and get special updates on the Fun Kids breakfast show, every morning at 07:20 and 08:20!

Even the Fun Kids presenters have been getting on board!

Robot, being a robot, thinks there’s a 69% chance England will win this game.

It’s the second of the group and should give a good indication as to our future chances.

You’ll be able to vote on the score of England’s next game against Panama after the one tonight.

Playing: a round of applause for the dinosaurs by nick cope