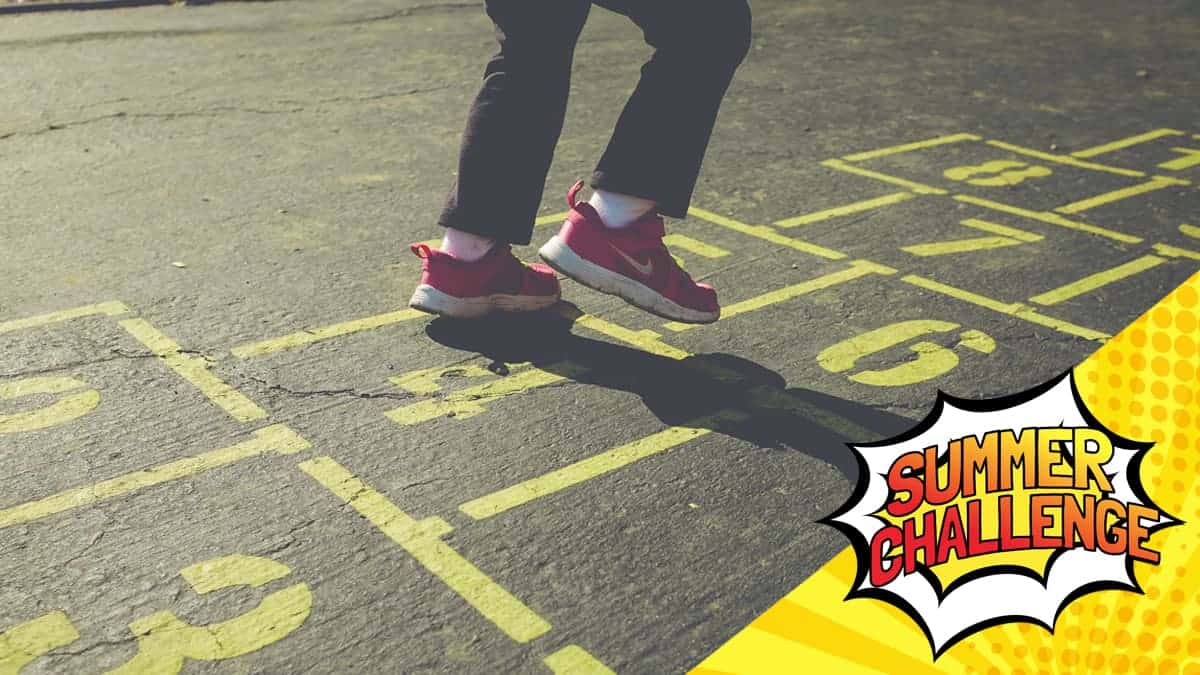 Summer is super fun – unless it’s raining outside! Then we’re all trapped indoors, super bored.

But there’s no need to be bored this summer – that’s why we’re setting you a fun challenge to complete every day!

Today, we’re looking at games from around the world. Things like Corre, Corre la Guaraca, Ounch Neech, and Egg Jousting!

‘Corre’ means run but ‘Guaraca’ is actually a made up word.

To play, players sit in a circle while a runner jogs around them with a handkerchief. If you’re sat down, you’re not allowed to watch the runner but you’re supposed to sing “Corre, Corre, la Guaraca who looks back will be bopped on his head!”

Trying not to be felt, the runner drops the hanky on someones back and runs! If they make it around the circle before another player realises, the seated player is out.

If the seated player catches on, they must tag the runner. If they succeed, the runner is out!

The game begins with someone as “It.”

They choose either ounch (up) or neech (down).

If they chooses neech, then the ground is not safe; runners can be tagged out unless they are ounch, up on something like a stump or a rock!

The opposite is true as well: If “It” chooses ounch, then the ground is safe so everyone remains on the floor. But remember it’s boring to stay only in the safe zones!

For this, you’ll need two hardboiled eggs! Facing each other, two players gently tap the small end of their eggs together until the end of one egg cracks.

Next, they joust with the large end of their eggs!

Hard-boiled eggs can withstand three to four “hits” before cracking, and maybe more depending on the tapping force.

The cracked egg is given to the winner as a trophy, then you can make egg-salad sandwiches for lunch!

Perhaps you play Hopscotch or Pass the Parcel?

Let us know in the comments below and send us photos of you playing these fun summer games!