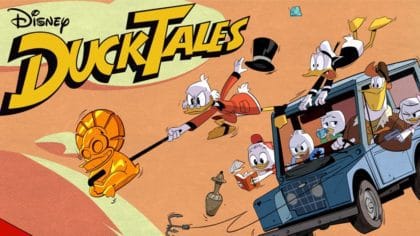 We’ve got a really cool video to show you – it’s all about DuckTales, a show that’s coming back for its second season in March!

DuckTales is all about the high-flying adventures of Duckburg’s most famous trillionaire Scrooge McDuck, played by David Tennant.

They get up to loads of mischief as they go treasure-hunting with Scrooge, who re-discovers his adventurous side!

They’re all seeking the truth behind broken relationships and the mysterious disappearance of Donald’s sister, Della.

It’s a really good show and we totally can’t wait for it to come back on TV!

Playing: my my my by tom speight