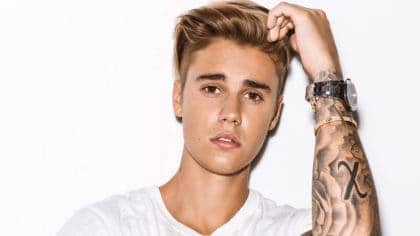 Justin Bieber has brought ANOTHER huge new song out!

This one is called Friends and it’s been recorded with his mates, dance producer BloodPop® and singer Julia Michaels.

Check out the song below (not much happens in the video, sorry!)

The three also wrote Justin’s song Sorry together too – so these guys know how to make a hit!

You might recognise the name Julia Michaels as she had a big song of her own this year, called Issues.

Justin’s been a busy boy recently, he’s also done a track called 2U with David Guetta and featured on the song of the summer – Despacito!

The track by Luis Fonsi and Daddy Yankee has been huge all around the world and the music video is now officially the most viewed video on YouTube EVER!

That’s not the only impressive Bieber-related fact – Friends is Justin’s 15th Top 10 song in the UK!

We think Friends is an awesome track to dance around to and we can’t wait to see the proper music video when it gets released.

We’ve just added Friends to the Fun Kids Radio playlist so you listen in and you might hear us playing it!

Playing: for the first time in forever (from frozen) by kristen bell & idina menzel