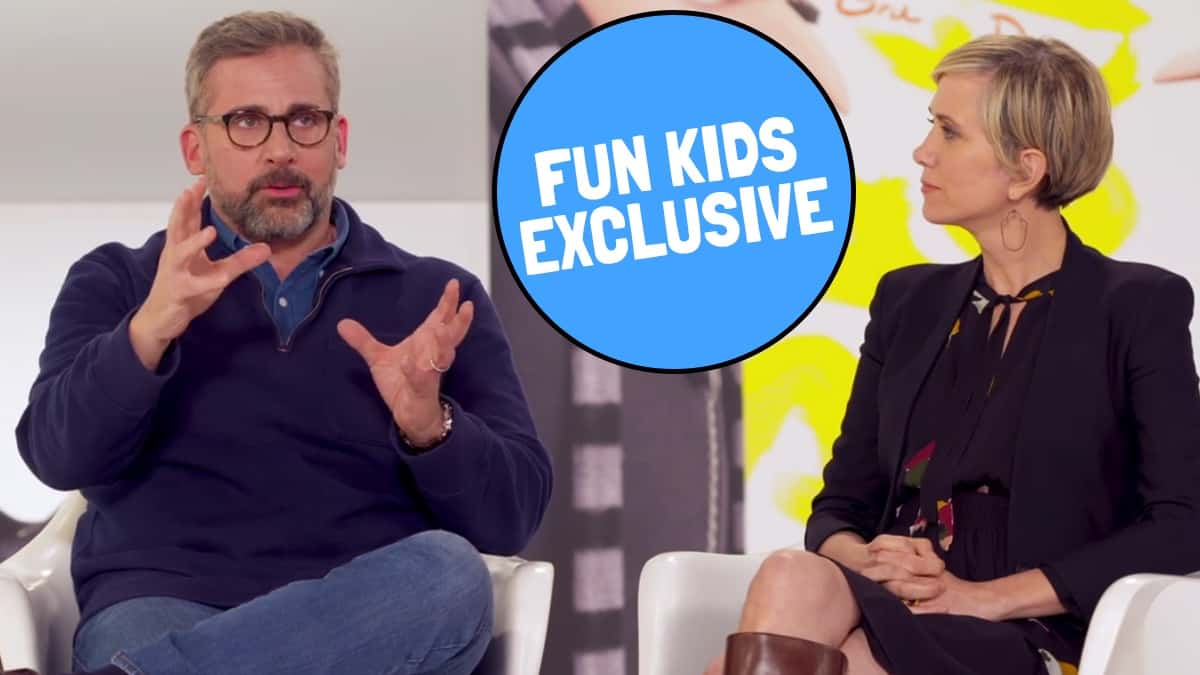 Despicable Me 3 is in cinemas this summer and we caught up with the film’s stars Steve Carell and Kristen Wiig!

Given there’s been some pretty eccentric tech in the series so far, like the Freeze Ray and the Lipstick Tazer, we wanted to know what we could expect this time around!

Steve Carell voices Gru and Kristen Wiig voices Lucy in the film, which is in UK cinemas from 30th June 2017.

Despicable Me 3 continues the adventures of the pair, along with daughters Margo, Edith and Agnes and the Minions!

The brothers have to work together if they stand a chance of defeating Gru’s most formidable nemesis to date… Balthazar Bratt – a former child star who’s grown up to become obsessed with the character he played in the 80s, and proves to be

The film’s being made by the same team that brought us Despicable Me, Despicable Me 2 and Minions – directors Pierre Coffin and Kyle Balda, co-director Eric Guillon, and writers Cinco Paul and Ken Daurio!