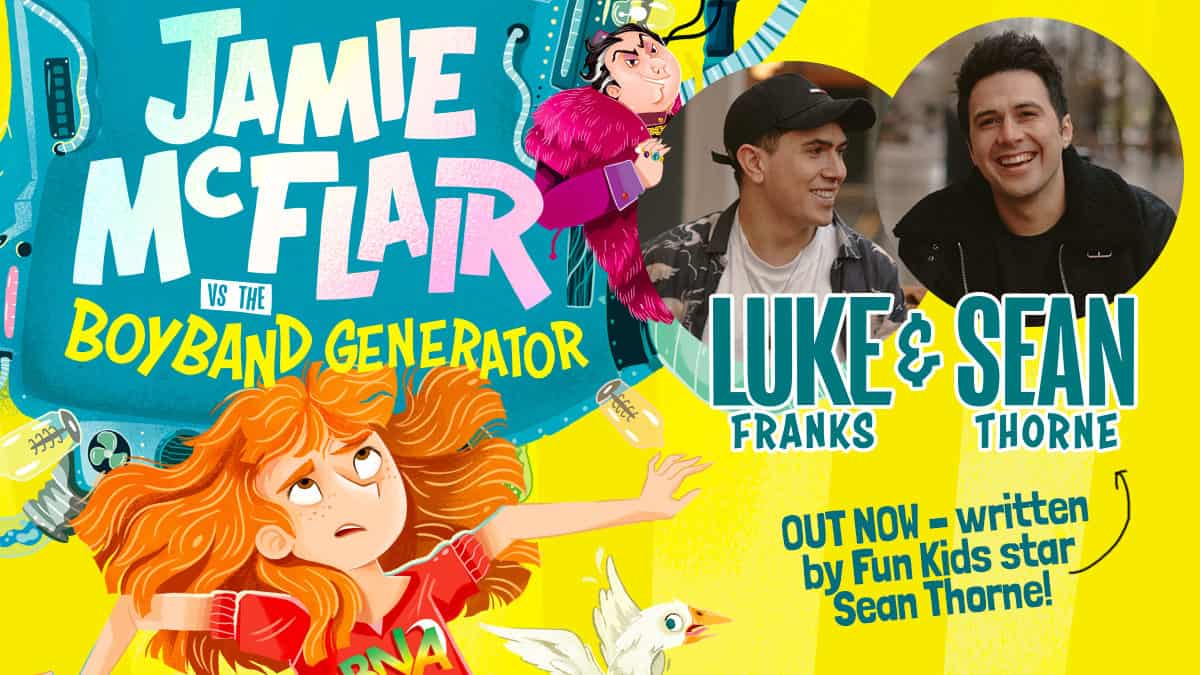 Four best friends, two boybands, and an evil uncle with a monstrous secret – what could possibly go wrong? KID NORMAL meets BRITAIN’S GOT TALENT in this hilarious new series for 8+ readers.

This story begins with a snoring pug, a forgetful grandma, and the hero of this adventure in a really bad mood. There is also a goose on the loose. We just wanted to warn you.

Jamie McFlair’s favourite band got a slot performing on the country’s biggest talent show, but it went wrong thanks to Barry Bigtime (in an ‘incident’ involving a chocolate milkshake and worn underpants – don’t ask).

Barry is a music big shot, all round nasty man…and Jamie’s Uncle. The next day, he launches his own massive new band and Jamie smells a rat. With the help of three trusty best friends – popular Daisy, no-nonsense Jenners, and timid Mel – Jamie vows to uncover Barry’s dastardly plan.

But Jamie doesn’t know about BARRY’S SECRET. A secret that is TERRIBLE and SHOCKING and VERY STRANGE. There’s something hidden in Barry’s basement – a machine that is the key to his musical success. But what happens when the boyband generator goes wrong?

We’ll give you a clue: it is NOT GOOD and THE ENTIRE WORLD is at risk. Can Jamie stop Barry Bigtime before it’s too late?

Luke Franks and Sean Thorne are a debut author duo.

Luke is a presenter on CITV’s Scrambled, has presented The X Factor online and The Voice online, and is a Sony Rising Star award-winner.

Sean is a presenter on the Fun Kids breakfast show, runs a successful YouTube gaming channel with 120k subscribers, and is a Nickelodeon Kids Choice Award nominee.

Luke and Sean met at university and have been creating comedy together ever since. They live in London and often co-walk a dog called Goose.