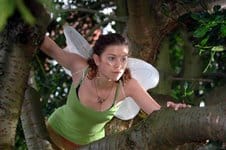 Time travelling magicians Morgan & West are back in their new show ‘More Magic For Kids!’

Mr West has always dreamed of being a ‘serious magician’ but has resigned himself to the fact that he does shows for kids.

Mr. Morgan is just thrilled that people are willing and eager to watch him and his magic tricks!

Join in the fun as Mr. West and Mr. Morgan try to out-do each other.

More Magic For Kids! prepares to unload another boxful of bewilderment and impossibility. What could possibly happen next?

Morgan & West have performed their magic shows across the globe to sell-out crowds during 2 UK tours. They were also nominated for ‘Best Family Show’ and ‘Best Comedy Show’, appearing on Penn and Teller’s Fool Us (ITV), The Slammer (CBBC) and The Next Great Magician (ITV)!

There is no show on the 23rd August. More event info is below, but start times are:

On Judge Bex today, Elsa is judging her mum Victoria for claiming that she doesn't get enough...

We’re saying goodbye to summer in this week’s episode of Activity Quest – but it doesn’t have to be...

Just after 5pm in The Club on Thursday, 2nd September, bestselling award-winning children's book author and...

Lemony Snicket had Poison for Breakfast

Just after 5pm in The Club on Friday, 3rd September, the elusive author Lemony Snickett sends his closest...