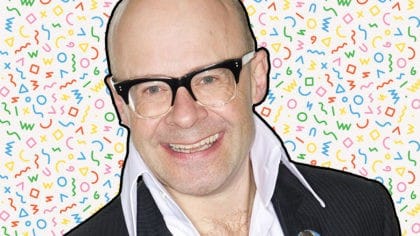 Comedian and author Harry Hill joined Bex in the studio to chat about his brand new book!

Matt loves stand up comedy. He spends hours writing new gags and thinking up crazy sketches, so when the school run a talent contest, of course he’s going to enter…

What he doesn’t count on is a last minute total meltdown, his best mate pulling out zero seconds before going on, his stepdad’s own ‘funny’ ideas and his headmaster, Meredith Pavey, who very definitely has it in for him!