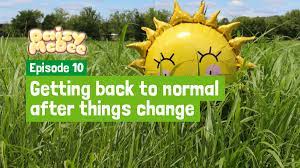 Daisy’s dad is back from his deployment abroad. Daisy’s so happy but getting back to normal isn’t without a few hiccups…

First off, not all people on deployment will be able to talk about where they’ve been or what they’ve been doing.

Those things might be kept secret for security reasons, even from your own family!

When both parents get back together that can sometimes mean double the amount of nagging!

In our podcast series, Daisy tells her Dad about her new school and new friends – and even though he couldn’t tell her everything he’d been working on, he just listened and listened, and gave her a massive hug.

In the end, everything felt right.

A special military language!
The armed forces have their own words for everyday things, and those in military families might use the special slang too – if you are part of a military family you’ll probably know some of them already. If you know someone who is, here’s some tips to help you understand what they mean!

Playing: cut to the feeling (from "ballerina") by carly rae jepsen

Why Are We Trying To Go To Mars?

Listen To Our New Podcast all About Mars

Dan Teams Up With The Thunderbirds