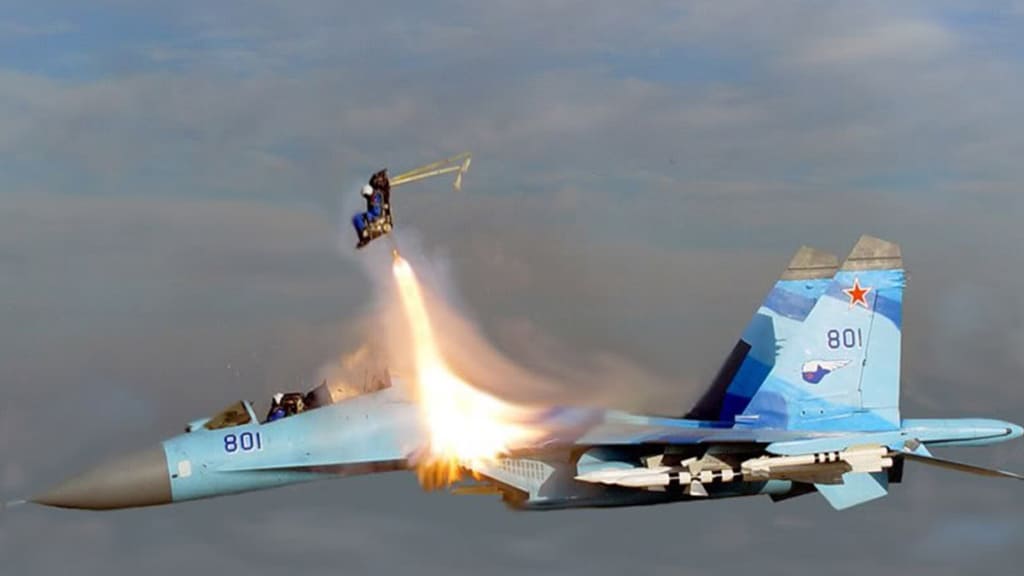 Ejector Seats are a really important part of most military aircraft!

Ejector Seats are one of the biggest safety features on modern planes.

But in World War 2, most pilots didn’t have one. If a plane was hurtling to the ground they had to open the door, jump out and deploy their parachute!

2. But they have always been there!

Whilst ejector seats weren’t used much in the early days of the plane, they did exist.

The first ever ejector seat was used in 1910 and relied on bungee cords to throw the pilot out of the plane!

Any pilot who has used an ejector seat automatically becomes a member of the Ejection Tie Club.

And they get a tie to prove it!

Early ejector seats threw pilots out with so much force that they broke the pilots bones.

The main purpose of an ejector seat is to let a pilot escape in mid air.

But some pilots have found themselves trapped underwater and managed to escape using the ejector seat!

More From Amy Aviation: All About Planes
Back to top