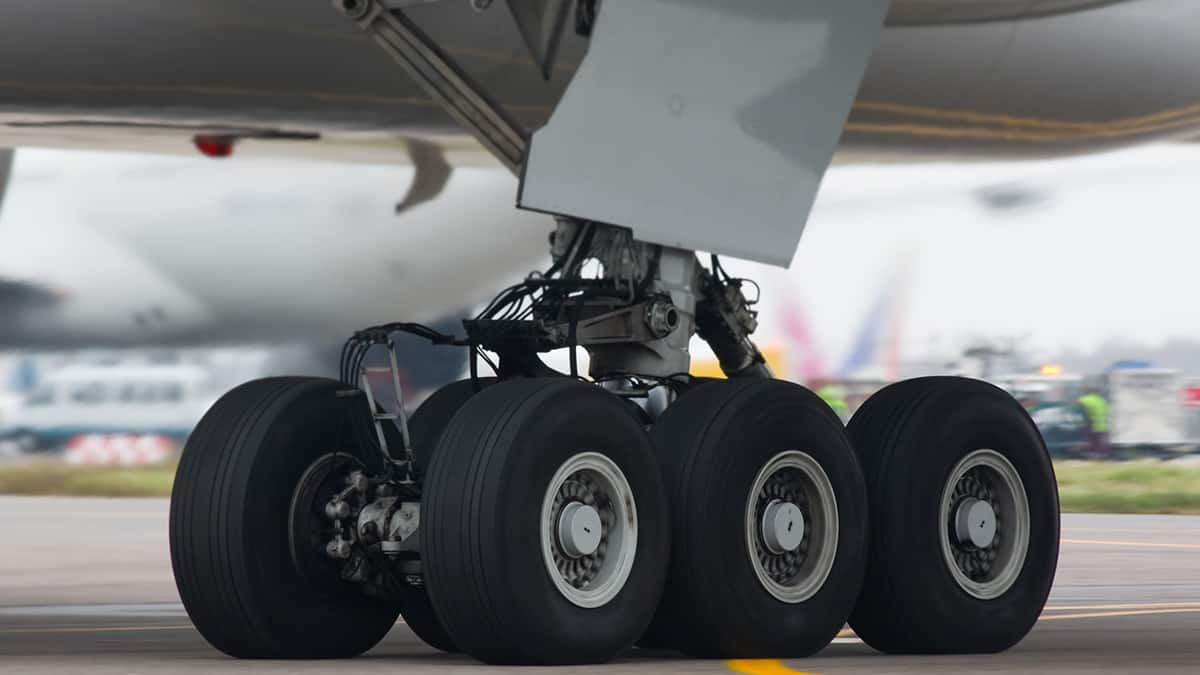 Here’s some fun facts about the landing gear:

The landing gear requires the undercarriage to support the weight of the plane on the ground, it is like a bird having its legs to support its body.

Planes have all sorts of landing gears, the Wright brothers’ made the first plane with wooden skids to land on sand. Now usually wheels are used to land on runways. But there are cool planes which have floats on the bottom of the wings to land on water.

When you think of a landing gear for a plane you probably think of small wheel, but there is a wide variety. Some of the old planes wheels were like a bicycle wheel. In the 1950’s, the American Air force experimented with tank-style wheels. imagine a plane with tank wheels, that would be awesome.

There are two types;

fixed- the wheel stays in place the whole time outside the plane.

More From Amy Aviation: All About Planes
Back to top