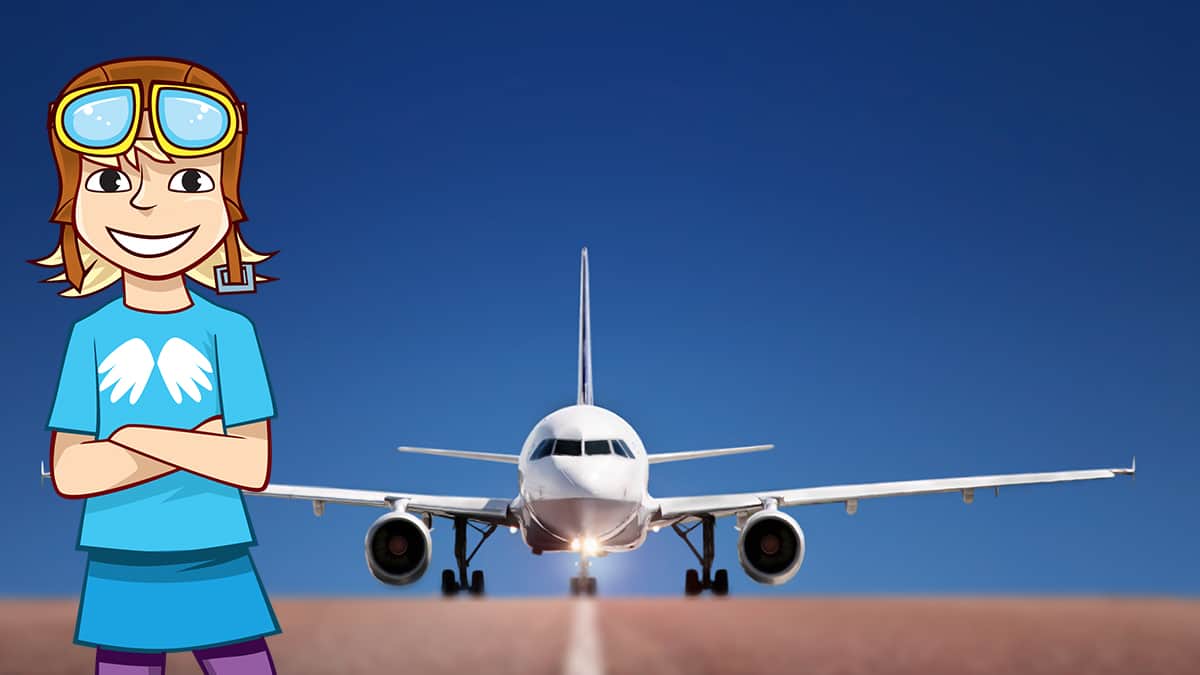 Pilots cannot just turn up, climb into their seats, switch on the engines and fly off.  There’s lots to do before a plane can take off.  When the pilots arrive at their airport, they go to a special office called “Operations” where they’ll start the preparations for the flight.  Here’s how they get ready…

Pilots will check the weather reports for their flights, and that means for the whole journey ahead, not just where they start and where they’re going.  If there’s a storm on the way, it might be necessary to alter the route and adjust the amount of fuel which is on the plane.

They’ll also check that their manuals are up to date – this is like a big book with instructions about how the plane works. If there have been any upgrades or changes to the computers or mechanical parts, the manuals must be updated.

Once they’re ready, then just like the passengers, pilots and the air crew have to go through security.

Once onboard, the Captain will talk to the flight attendants about anything that might be unusual for the flight, including the weather reports, any equipment that might be broken such as an oven or coffee maker, and if any passengers are expected who may require special help.

Then there are important technical checks that need to be made before the flight leaves.  Sometimes, it’s the pilot that makes these checks, other times it’s the co-pilot or on a large plane, it’s all hands to the deck.

These checks include a walk around the outside of the plane to make sure the lights work, the condition of the tyres and that they have enough air in them, and that the engine fan blades are in good condition with no damage.  They’ll also look to make sure no nuts and bolts are loose and that no tools have been left around.  And then check the entire airplane for leaks from the fuel, oil or hydraulic systems.

The pilot is in charge.  He or she might get advice from the mechanics who know more about the airframe or the engines, but ultimately it’s his decision as to whether the aircraft is safe to fly.

Checks are made in the cockpit too, to make sure that the pedals, dials and switches are working as they should.

Both pilots check their oxygen masks, and the co-pilot will look over the other emergency equipment and inspect all the electrical circuit breakers to be sure they’re in place. Engine fire detections systems are tested which results in a bell sound that you may have heard while boarding the airplane on the first flight of the day.  Then it’s nearly time to get underway!

The pilots will program the flight plan into a computer, much like a sat nav in your car.

After all that, it’s nearly time for the real work of flying the plane to begin!  The passengers will come on board and as soon as the pilot’s got permission from Air Traffic Control….

Playing: if you're over me by years & years