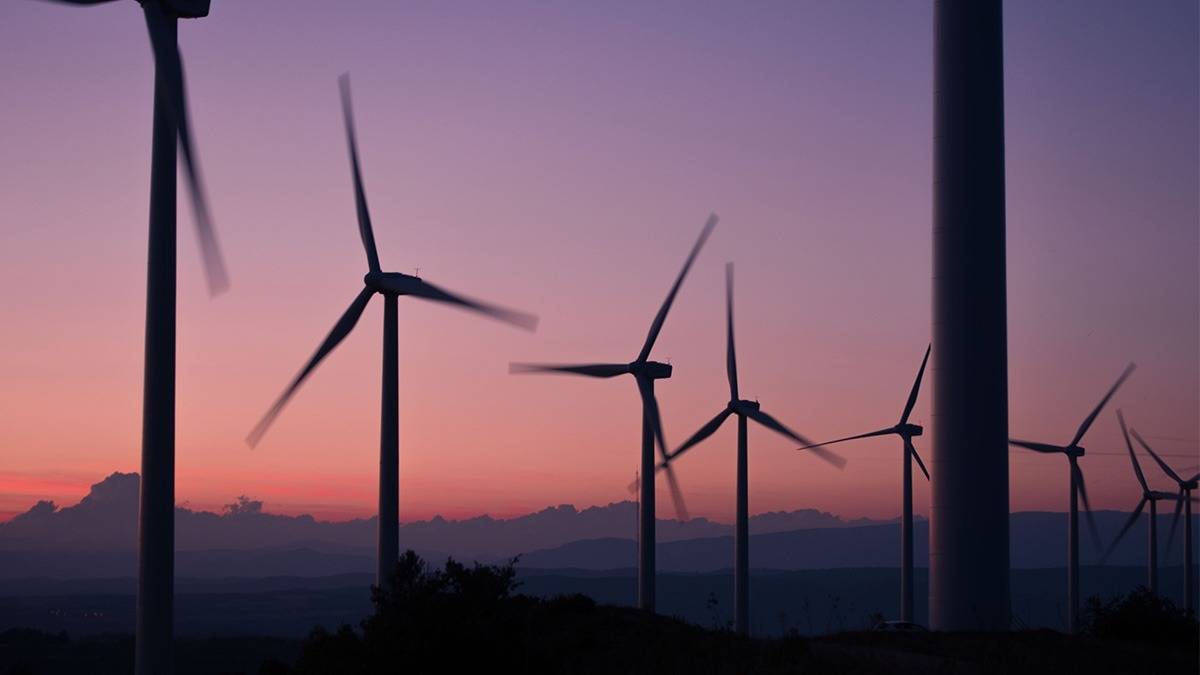 Energy is amazing – it powers everything and is around us all of the time!

The Sun burns energy to create the warmth we feel, our bodies use energy when we jump up and down, and we purchase energy to heat and light our homes!

You get your energy from the food you eat. Our bodies turn food into energy which helps you to grow, keep warm and move about.

Most gadgets in your home use electricity as their source of energy. This includes your television, radio, fridge, kettle, cooker, washing machine and your games console!

Electrical energy is generated (made) by burning coal, gas and oil, or by using the power of the sun, wind or water.

The electricity is then carried from power stations to your town through cables held up by pylons. It’s then carried by cables above or more often underground into our homes, to power our gadgets through power points and plug sockets.

But how is electricity generated?

One of the most common ways that electricity is created by us is by burning fossil fuels.  In 2010, this supplied 90% of the world’s energy!  These are fuels that were formed over 300 million years ago – long before even dinosaurs were around!

Fossil fuels were created from plants and animals who died and whose bodies were buried under layers of earth and decomposed, eventually turning into fossil fuel after millions and millions of years.

The fossil fuels that we use are:

Burning fossil fuels is bad for the environment – it pumps dirty smoke and carbon dioxide into the atmosphere, which causes pollution and contributes to global warming.

Also, fossil fuels are non-renewable resources, which means that we cannot make more of them when they run out.

Remember, it took millions of years to make the fossil fuels that we use today!  This is especially bad since today we are using more and more fossil fuels.

What about going nuclear?

All of us who have seen Homer at work in The Simpsons will know that nuclear power is another way of producing electricity.

However, a rather big downside is that it creates radioactive waste that has to be stored very carefully as it is dangerous to human health – and on top of that, it remains dangerous for thousands of years!

Luckily, there are other cleaner sources of energy that are far less harmful to the environment, like using the sun, water and wind.

These types of energy are called ‘renewable energy’, which means they will never run out.

Solar energy is energy that comes from the sun’s rays. By using special panels, we can then collect this energy and convert it into heat and electricity for our homes.

But what if it’s not sunny?

Two problems with solar energy are that the amount of sunlight that arrives at the Earth’s surface changes, which makes it an unreliable source of energy.  Also, because the sun doesn’t deliver that much energy to any one place at any one time, you need a lot of solar panels to collect energy effectively.

However, advances with technology means that in 2010, if we covered 4% of the world’s desert area with current solar power equipment, we could supply the same amount as all of the world’s electricity!

Since wind is simply moving air, we can use this motion to turn an electric generator to produce electricity!

Just like old fashioned windmills, today’s wind turbines have blades which are pushed around by the wind, and which in turn are connected to an electric generator to make that move too.

The main problem with wind power is similar to solar power – what do you do when there isn’t any wind blowing?  At those times, other sources of energy would need to be used too.

Interestingly, a great place for collecting wind energy is in the sea just off our coasts.  The wind here is much more reliable.  And it’s also stronger due to the wide open seas and oceans that the most of our wind crosses to get to us!

Just like wind, water can generate energy too! Commonly known as hydropower, this is where water flowing down a river is used to spin turbines inside a generator – not unlike those bath toys where a wheel is spun by water poured in – just a bit more complicated!  Obviously, the faster the water flows, the better to generate electricity.

The great thing about hydropower is that it never uses up more water than nature produces, as the water just passes through, pushing the turbines as it goes on its merry way!

Renewable energy sources are pretty great and the hope is that one day we’ll get all our energy in this way.  However, there is a lot more work to go yet, and for now we still need to use a mixture of fossil fuels, nuclear and renewable sources to create the electricity we need.

Since we still rely so heavily on fossil fuels at the moment, it is good idea for each of us to do our part to try and ensure we are careful with using energy and to stop wasting it.

Here are some easy ways you can save energy each day: