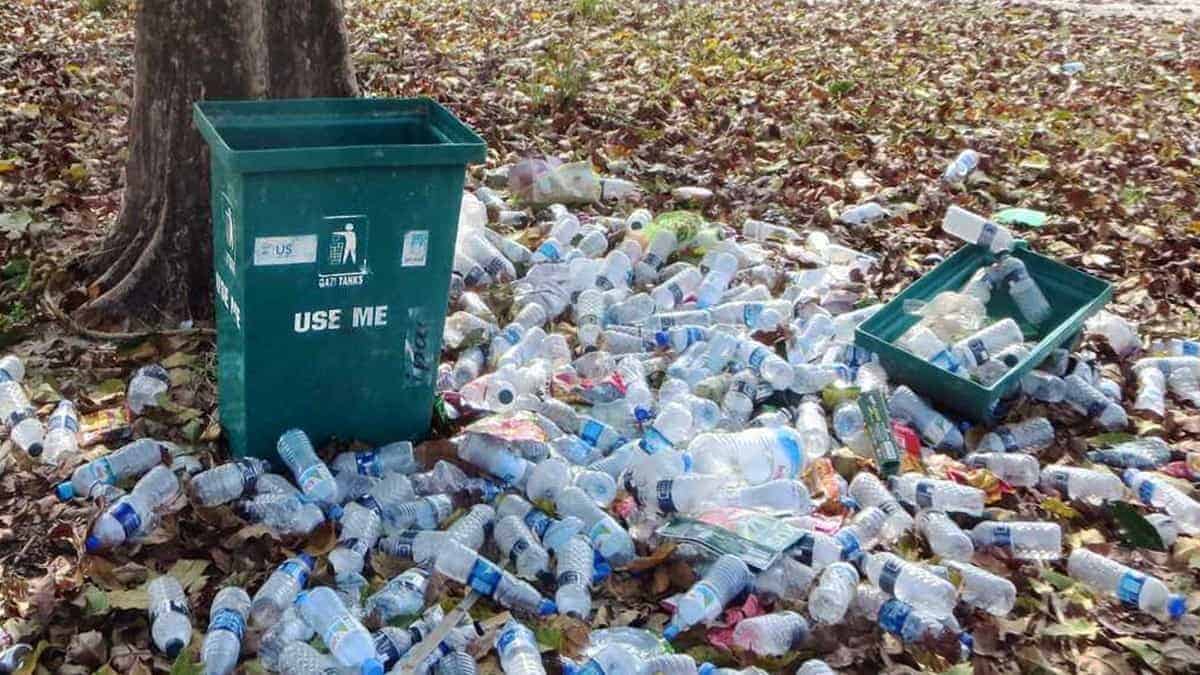 Whether it’s at your home, school or your favourite play area, everybody wants their surroundings to look nice and clean.

And there’s nothing worse than seeing old carrier bags wedged in a plant, or chewing gum stuck to the pavement or a newspaper blowing down the street like tumbleweed in an old western movie.

Dropping litter shows a lack of respect for your friends and neighbours, and spoils the community for everybody else.

And as well as making places look messy, litter can attract rats and insects, which can spread diseases!

In fact, it is actually against the law to drop litter.  So if you’re with someone who drops litter, you might want to warn them that they could end up getting a fine!

Anyone who drops a sweet wrapper in a park, throws chewing gum on the floor, allows their dog to foul the pavement or chucks a can out of the car window is littering.

Unfortunately, despite it being against the law, over the last ten years the amount of litter has increased considerably.

Did you know that over 30 million tonnes of rubbish is collected off Britain’s streets every year?

Littering may seem like a small matter, but with over 2 million pieces of litter being dropped every day it is quite scary how much this can hurt our society and environment.

It is clear now that, even though litter can be tiny, littering is no small problem…

What can we do to help?

One of the easiest ways to help Keep Britain Tidy is by making sure that we don’t litter ourselves.

If everyone just did these simple things, then Britain would be clean, tidy and beautiful!

Unfortunately, many people don’t do this.  You can help further by picking up rubbish that others have thrown down. You could even organise a litter pick in your local community. This is very social as you can get together with other people you live near and have fun whilst clearing litter off the streets and parks.

Not only will you be able to make your neighbourhood a nicer place to live, but you will help the environment by recycling some of the rubbish you collect.  But always wear gloves when picking up other people’s litter for your safety.

Another thing you could do is to sign up as a Keep Britain Tidy supporter.

Keep Britain Tidy is an environmental charity that have many fantastic campaigns to help clean up our streets, parks and beaches.

Their vision is for a cleaner, greener Britain respected and enjoyed by all.

If we all followed this and helped to Keep Britain Tidy, it will be a much nicer place to live for everyone.