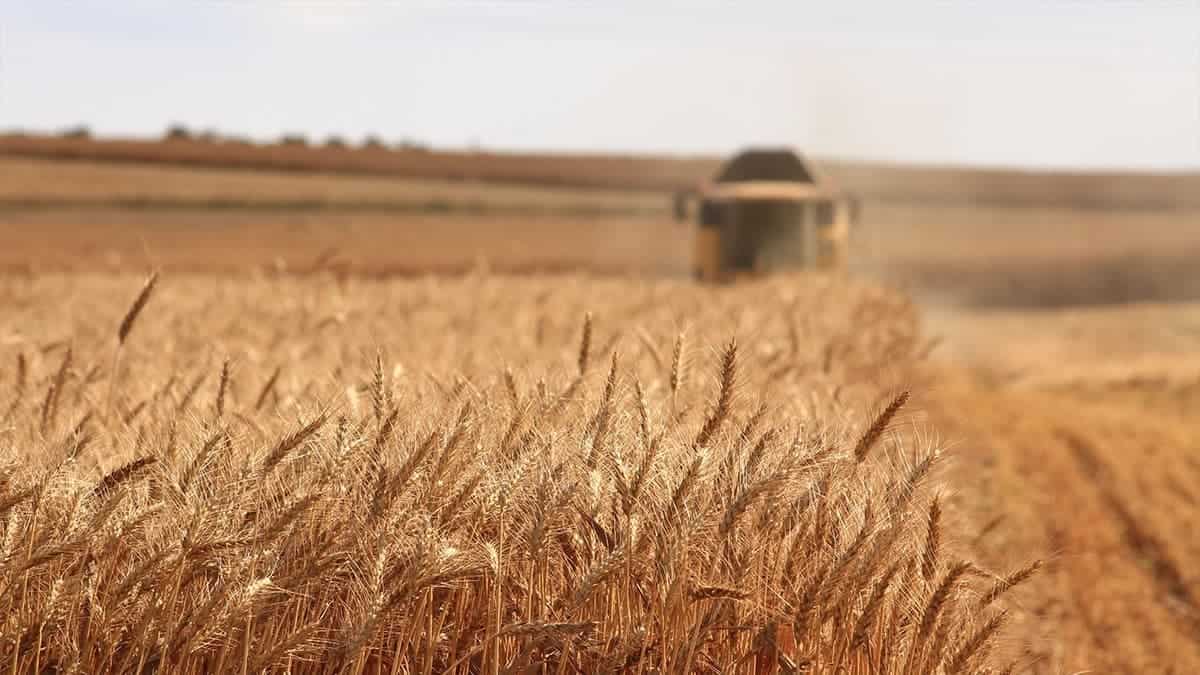 We understand that often you’re too hungry to stop and think when you’re eating.  But have you ever thought about where the food you eat comes from?

Of course, your mum would have bought it from a shop.  But where did it come from before that?  Well, most of it started life on a farm somewhere.

And if it was grown in Britain, it might have even come from a farm near you!

Did you know that three quarters of land in Britain is used for farming? That’s enough land to fill about 30 million football pitches!

What do British farms produce?

British farmers produce lots of different things for us.

Some grow crops like wheat, barley and corn, whilst other grow tasty vegetables like potatoes, spinach, carrots and beetroot, or scrumptious fruit like apples, pears and strawberries.

Whatever the type of farmer, they all need to make sure they pick their crops at the right time and get them as quickly as possible to the shop shelves for you to buy.

When you’re in the countryside, you’ll also see lots animals too – especially cows and sheep. Farmers keep cows for their milk and also for beef.  They breed sheep for their wool and for lamb for us to eat.  You’ll also see pigs that are kept for bacon and to make yummy pork sausages!

And of course, we can’t forget the chicken!  Lots of farmers keep chickens, which lay a staggering 30 million eggs for us every day!  Chicken is also one of our most popular meats.

How do they do it?

As strange as it may sound, lots of us don’t really know much about how food, such as milk actually gets onto the shop shelves, and all the hard work involved.

For example, did you know farmers have to get up before sunrise every day to milk the cows?

To find out what really happens on a farm, there’s probably nothing better than to actually visit a farm and see how cows are milked, pigs are feed, and cops are sown and harvested.

Going to a farm is a fun thing to do – there’s always lots to see and learn about – and it’s always great to get outdoors.

Maybe you could ask a teacher at your school about organising a class trip to a farm nearby.

So you can show off when you go on a farm visit with your school mates, here are some interesting facts:

Did you know that cows effectively have four stomachs?

Did you know a female pig (called a sow) can produce as many as 18 piglets when she gives birth?

Did you know that in total there are 10 million cows in Britain?

Did you know that llamas are increasingly popular in British farms?

Did you know that cows on average produce 10 – 15 litres of milk each time they are milked?