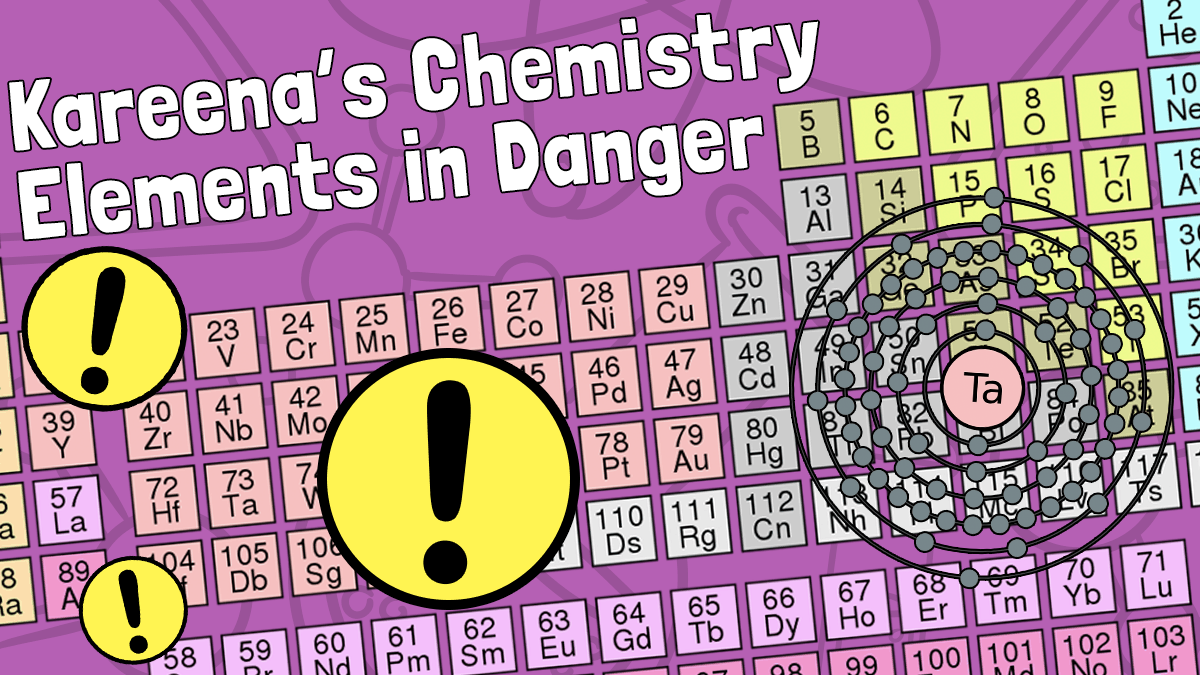 Some of the elements that make our phones and tablets work are running out!

Lots of important elements are due to run out in 100 years which could mean that we can’t make anymore phones.

Listen to the episode above to hear all about Tantalum, what it is and what important job it does in your phone.

It’s a metal with the chemical symbol Ta on the periodic table that’s named after a Greek myth.

Why is it called Tantalum?

It’s named after a villain in Greek Mythology called Tantalus.

Tantalus killed his son and stole the food of the gods from his father Zeus (the god of all greek gods).

Tantalus was punished by Zeus by being made to stand in pool of water with a fruit trees branches just above him. This was a punishment as the water would move away from him every time he tried to drink and the fruit on the branches was always just out of reach.

Tantalum get’s it’s name from this villain because as Tantalus could nit interact with the water, Tantalum does not absorb or is affected by acid.

What can Tantalum do?

Tantalum is super strong and can hold lots of electricity which makes it really good to make electrical capacitors from.

An electrical capacitor is something in your phone that holds the electricity your phone needs to be able to work.

How did it get discovered?

It was discovered in 1802 in Sweden by a man called Anders Ekeberg.

Why is it an element in danger?

Because it’s so rare! There just isn’t enough of it on the planet.

It’s also very difficult to mine.