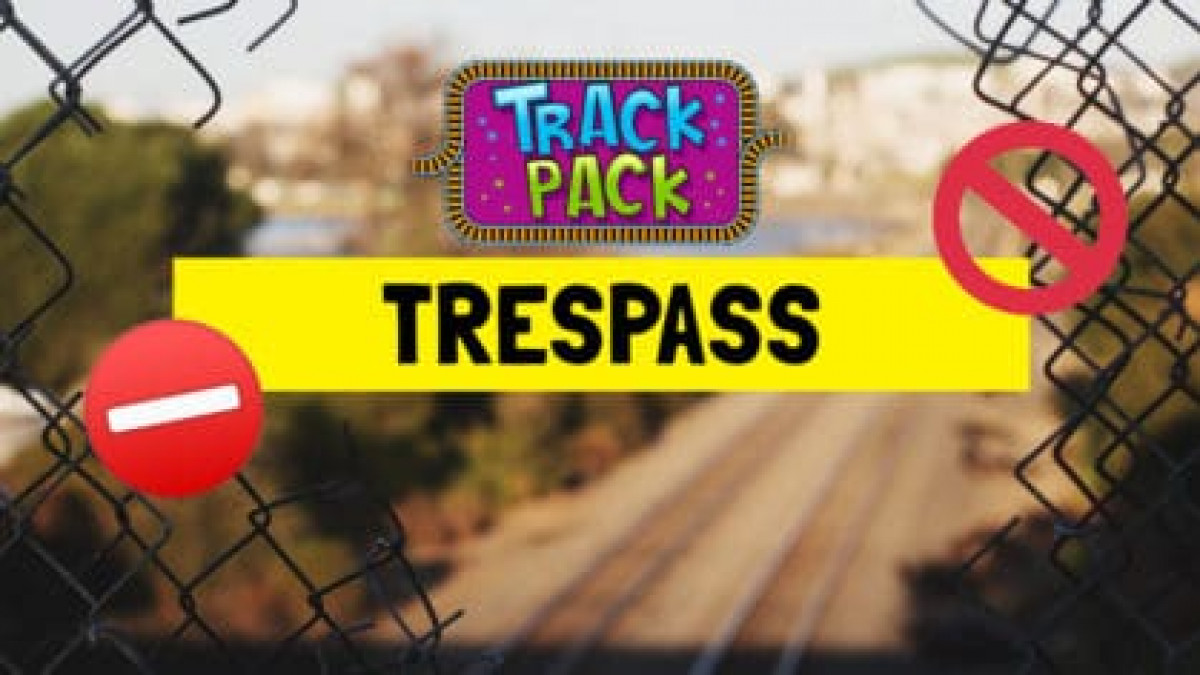 Trespass on the railway can have tragic consequences.

Every year, people are hurt and some even die when they take shortcuts and trespass on the railway track.

There are lots of reasons people trespass but none of them are good reasons and you shouldn’t it, no matter what friends or family members tell you.

You should only walk across train track when it’s safe and at a level crossing.

One of the reasons people trespass is to vandalise. Vandalism is when someone deliberately damages someone elses’ property.

The most common types of vandalism that occur on the railway include graffiti, littering, fly-tipping and damaging railway property (such as fences, bridges, signs and tracks).

It costs the industry millions of pounds each year, which could have been spent on improving the rail service – like making sure your train runs on time!

It’s important to remember that:

Trespassing on the railway track is a criminal offence with a maximum fine of £1,000.

And remember… the rail network is never switched off. Electricity powers overhead cables 24 hours a day, 7 days a week.

The rail network does not go to sleep once the last passenger services have run. Freight trains run all through the night.

Never anticipate that you know when the next train is due. The reduced number of passenger trains running on the network during the day will allow more freight services to operate during the daytime hours, transporting vital goods around the country. A freight train can travel at up to 100 mph.